A few years ago I bought an album of old french postcards themed around prehistoric monuments and natural rock features.

This sparked a short obsession with prehistoric postcards. I bought most of them from ebay and boot sales, setting myself the challenge of paying no more than a pound or two for each card. The obsession burned itself out after a year or two so and I decided to put the collection online for anyone to use. I uploaded about a third of the cards and then kind of lost interest. I’ll return to it one day and finish the job.

If this sort of thing interests you, the collection can be found here

I recently saw this wonderful illustration of Yorkshire Megaliths. I contacted the author, Adam Morgan Ibbotson, and he kindly sent me a copy.

I was rather chuffed, Adam wrote one of my favourite books of 2021, Cumbria’s Prehistoric Monuments. It’s a lovely book, comprehensive, very readable with beautiful photographs, maps and illustrations. If prehistory and big old stones are your thing, you’ll love this. You can buy it here

It was a fine day on the coast so I thought I’d take a walk onto the moors. As I climbed onto Castleton Rigg the wind picked-up and the skies started to darken. I decided to wander over to the head of Westerdale via Flat Howe and the remains of the Blakey colliery bell pits. 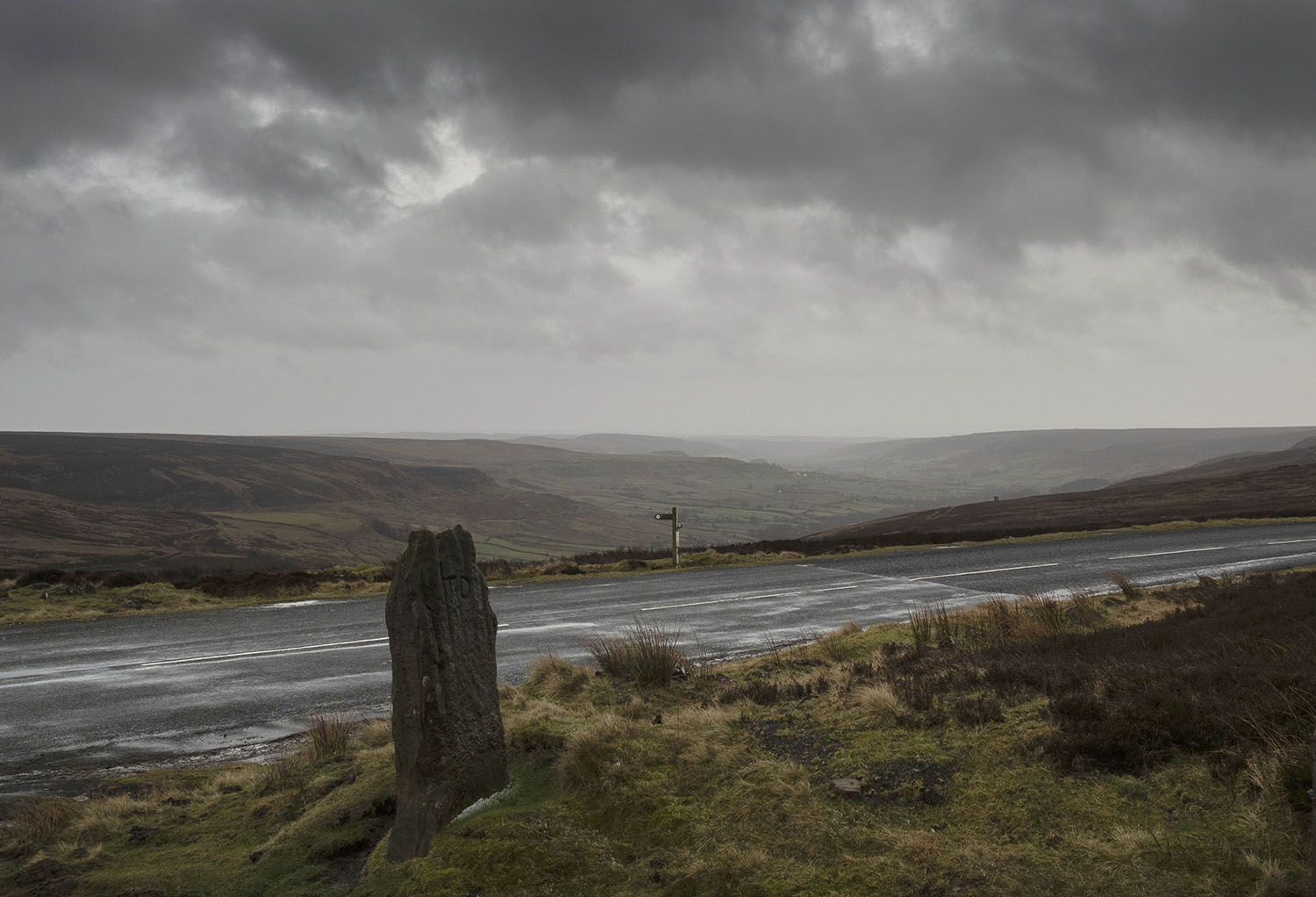 The moorland path starts at one of the most accessible of the moorland prehistoric standing stones, Margery Bradley. The view is to the south into Rosedale. 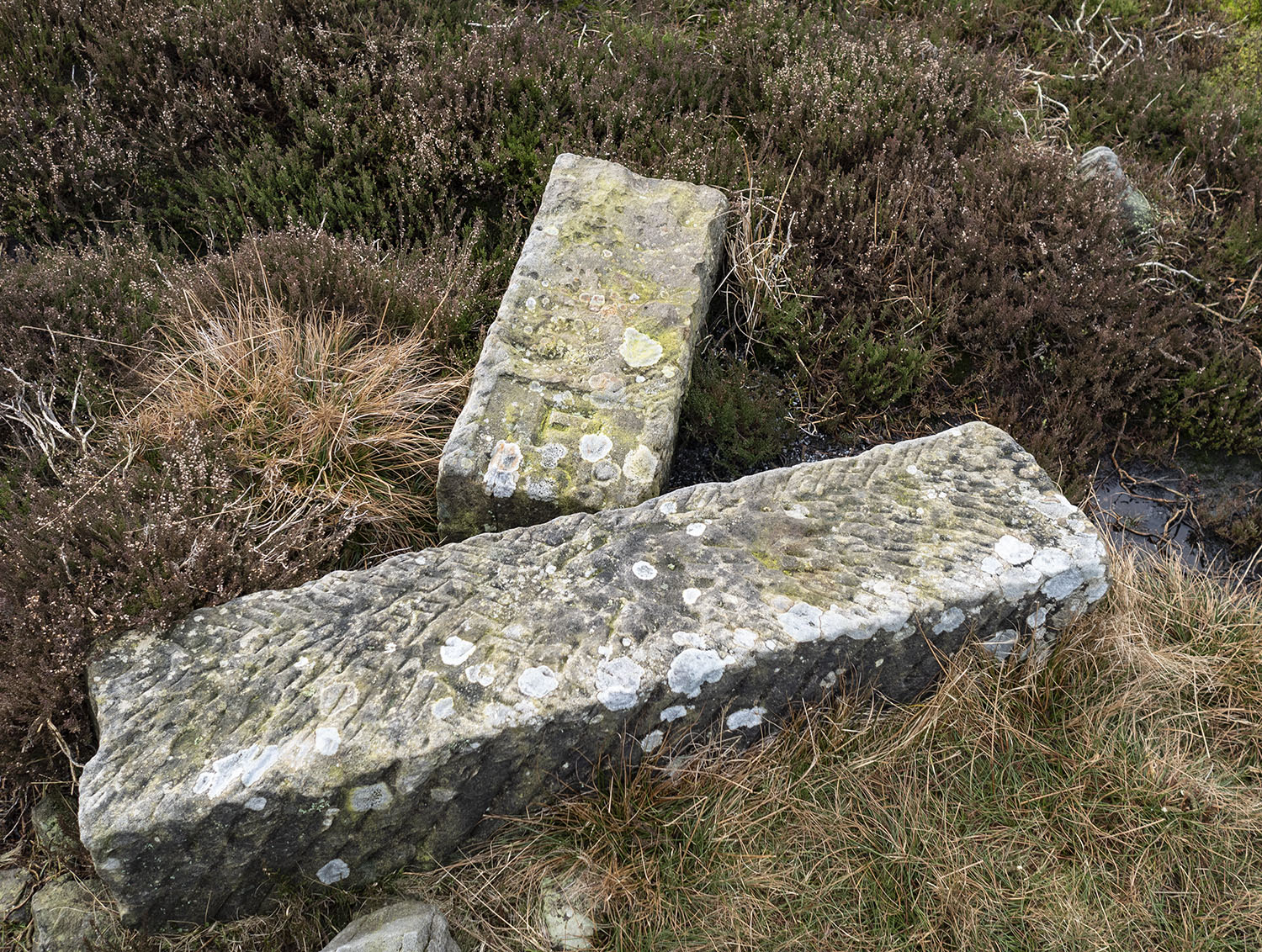 The path is marked by small walker’s cairns and the occasional estate boundary stone. This one, marking the boundary of the Feversham Estate, has been broken for many years. 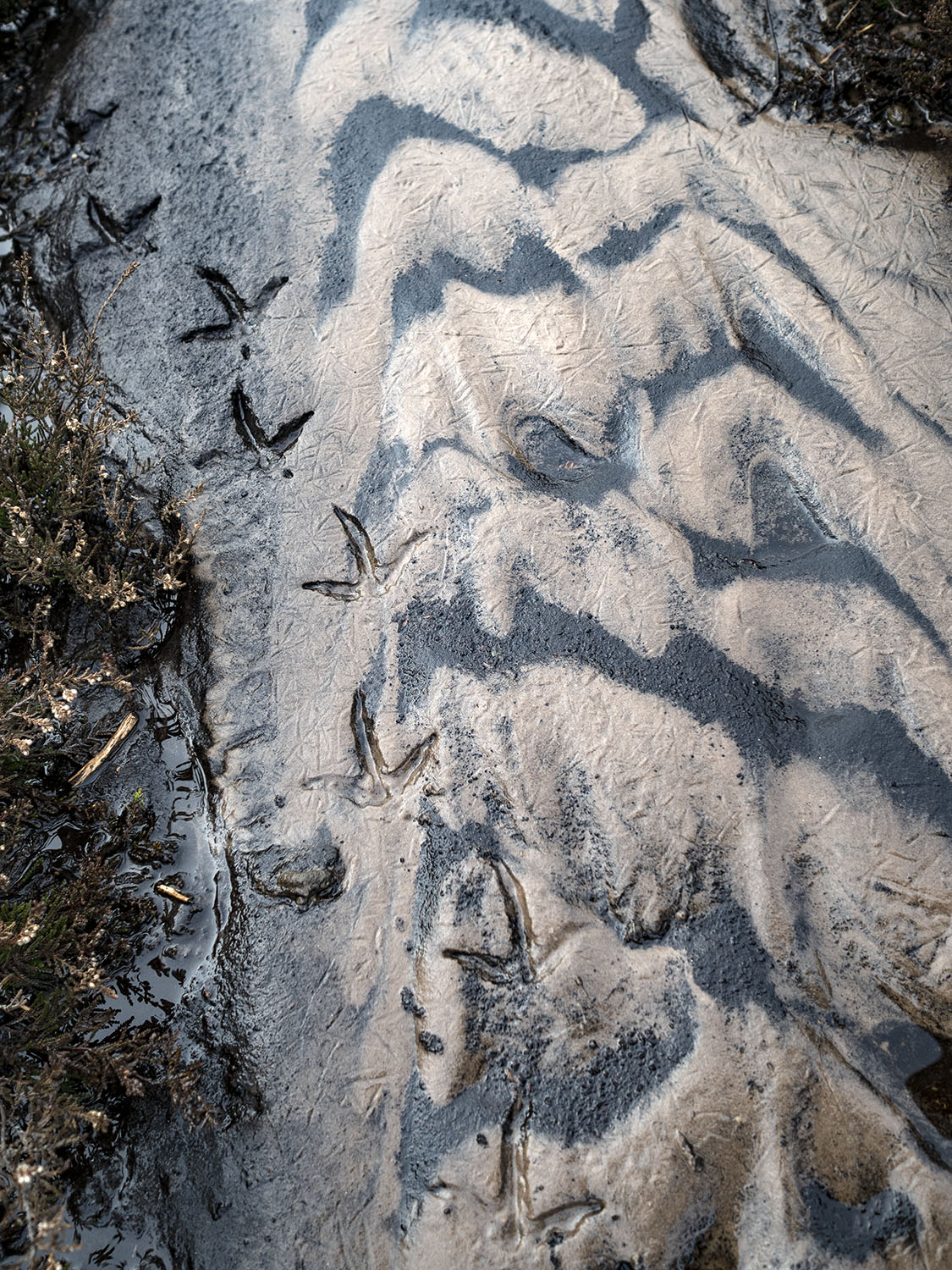 Moorland sands wash out from the peat and collect on the trackway. 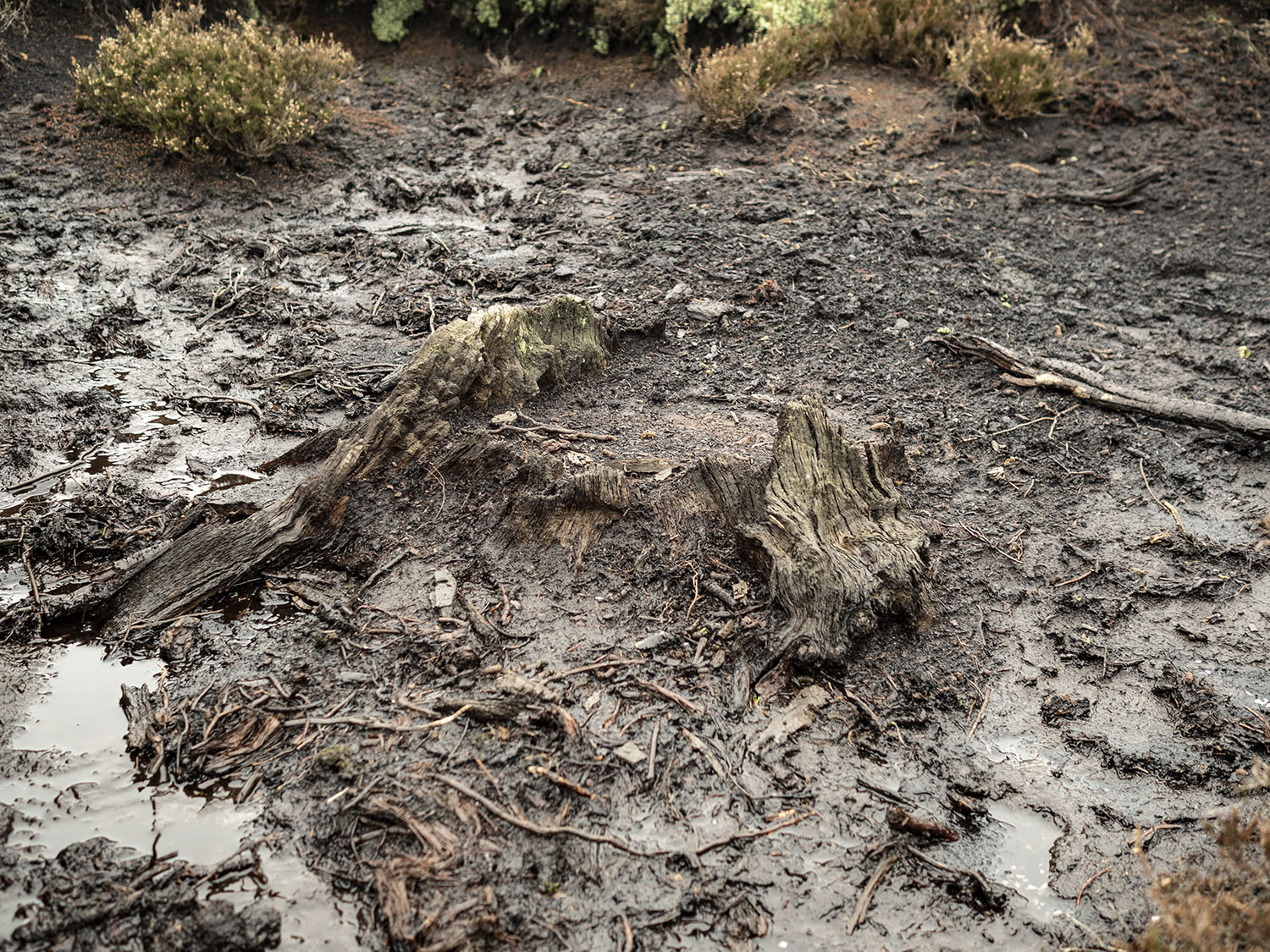 Towards the head of the valley the remains of ancient trees are visible where the peat has eroded away. 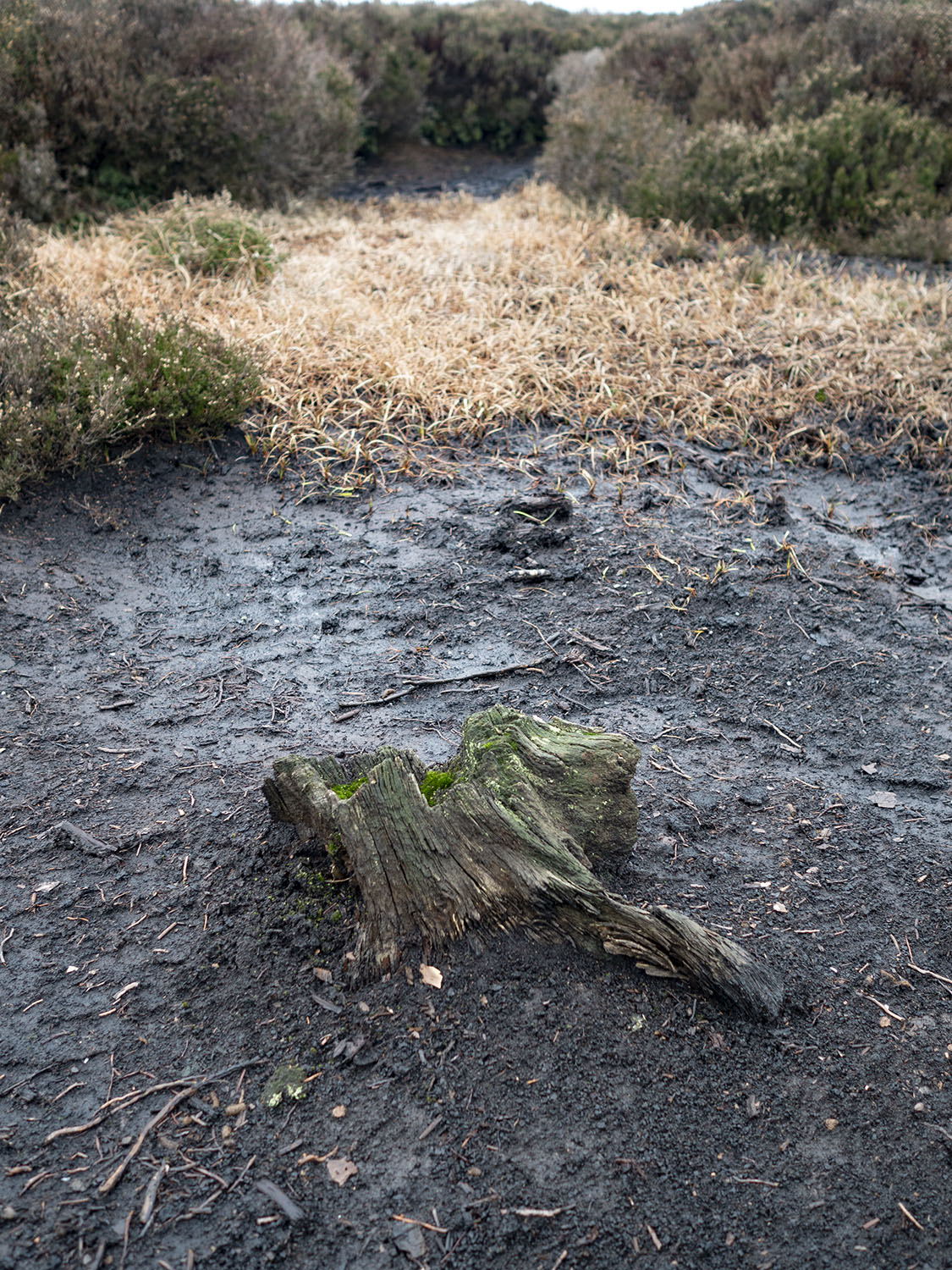 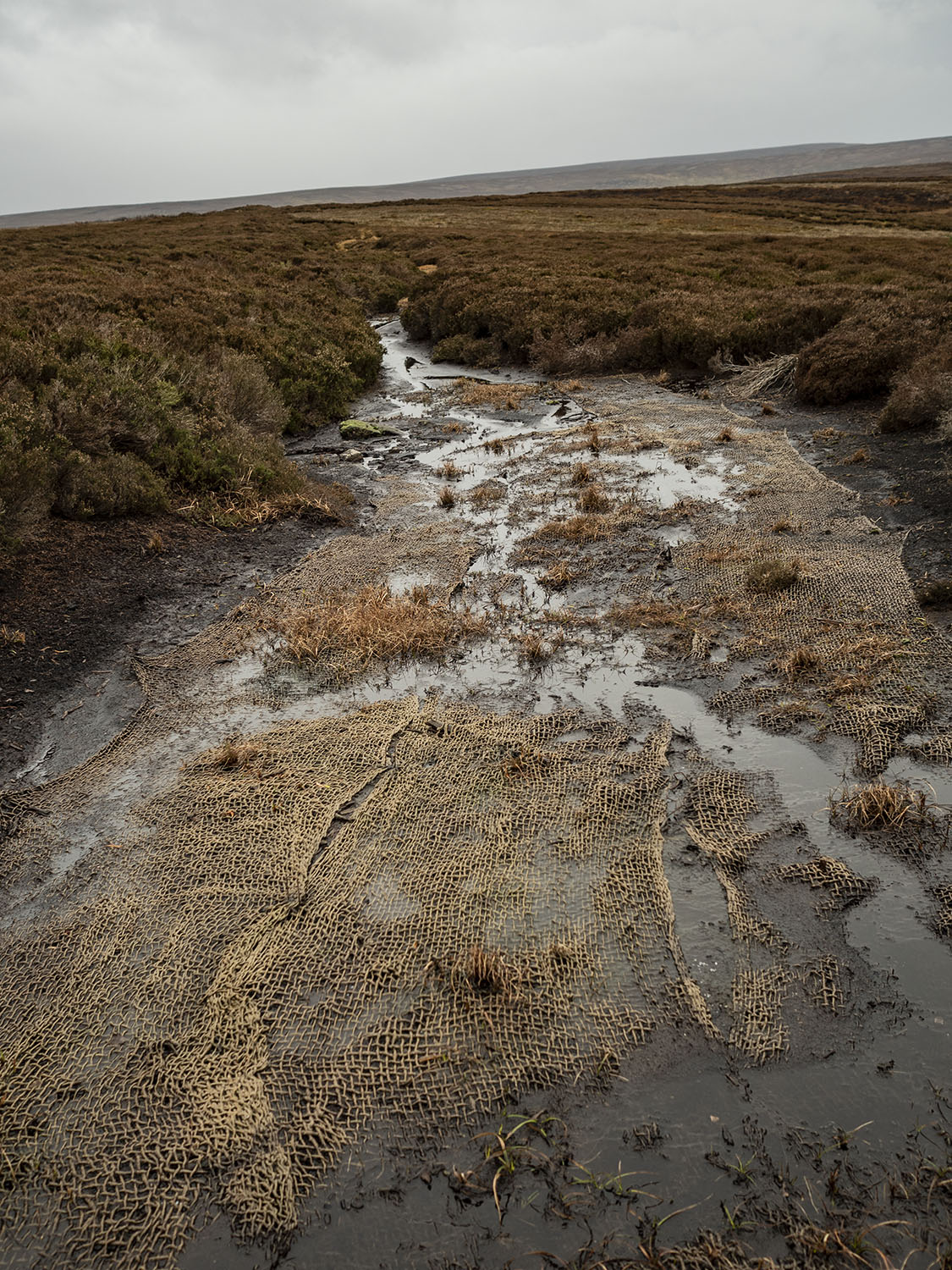 Netting made from natural fibres has been laid on the worst of the eroded areas, presumably to give the moorland grasses a foothold and try to limit the erosion of the peat. 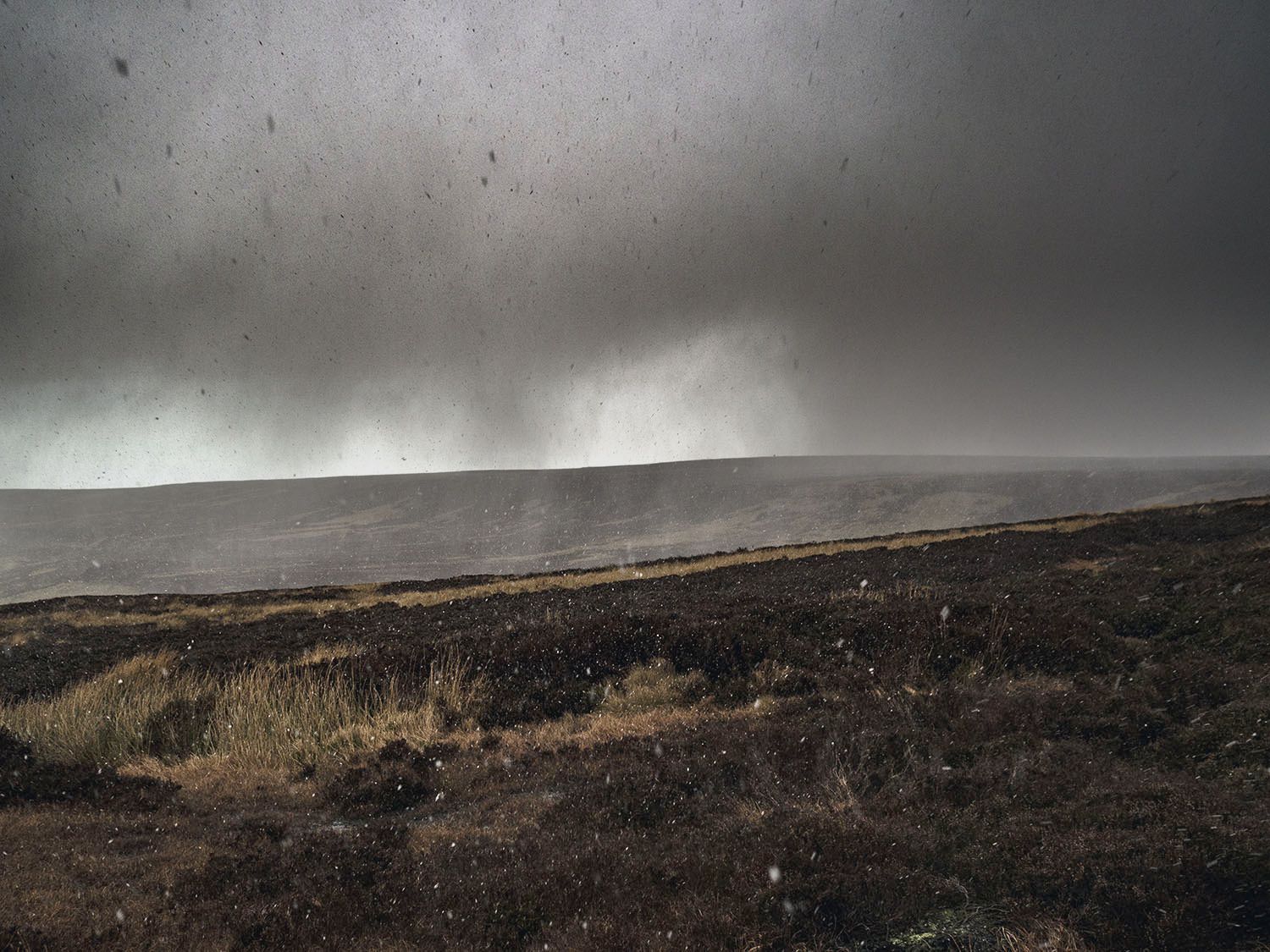 The weather suddenly changes as a storm blows-in from the west. As the storm increases I decide to head back. 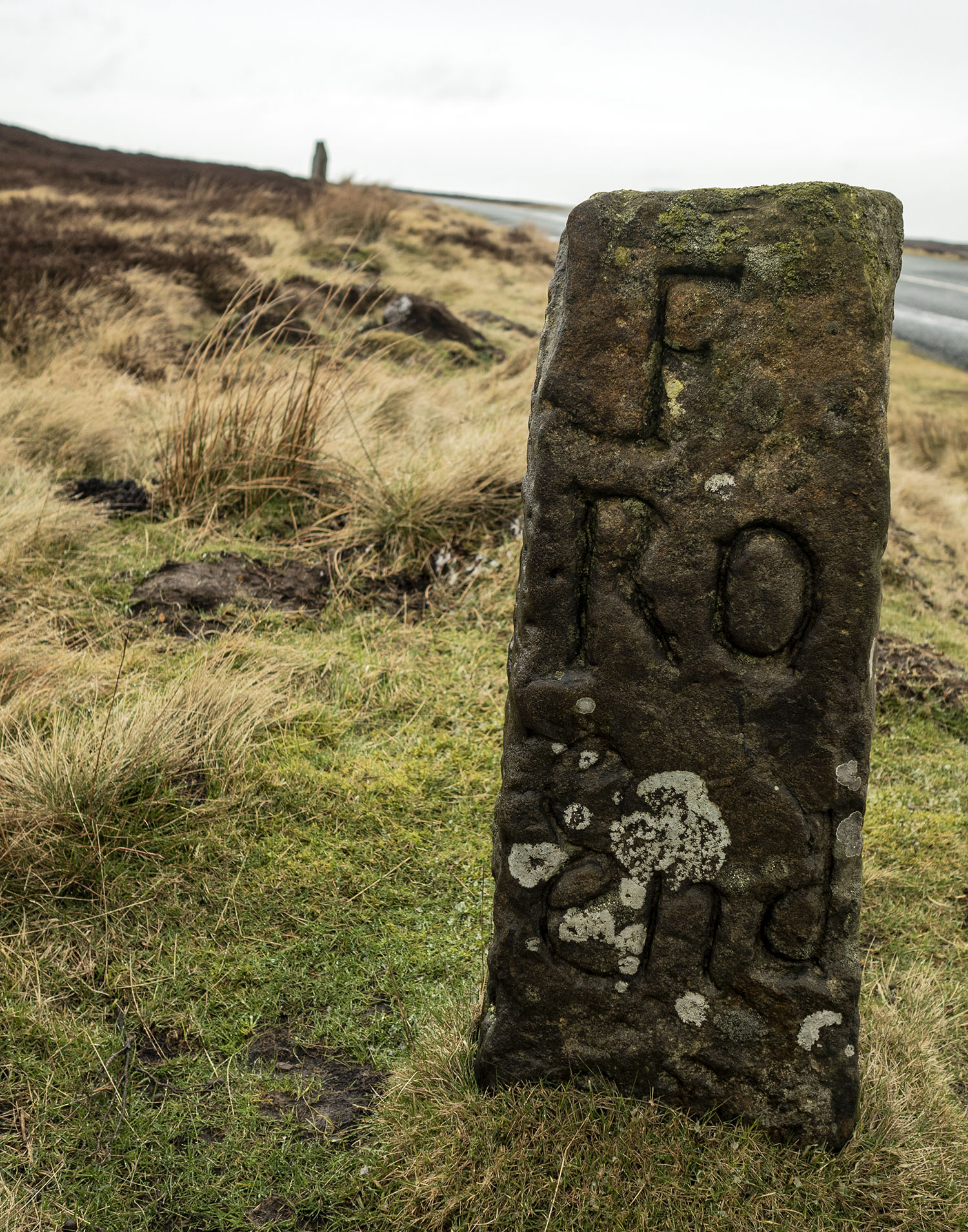 The storm has passed, I arrive back on Blakey Ridge close to the old road mender’s boundary stone. 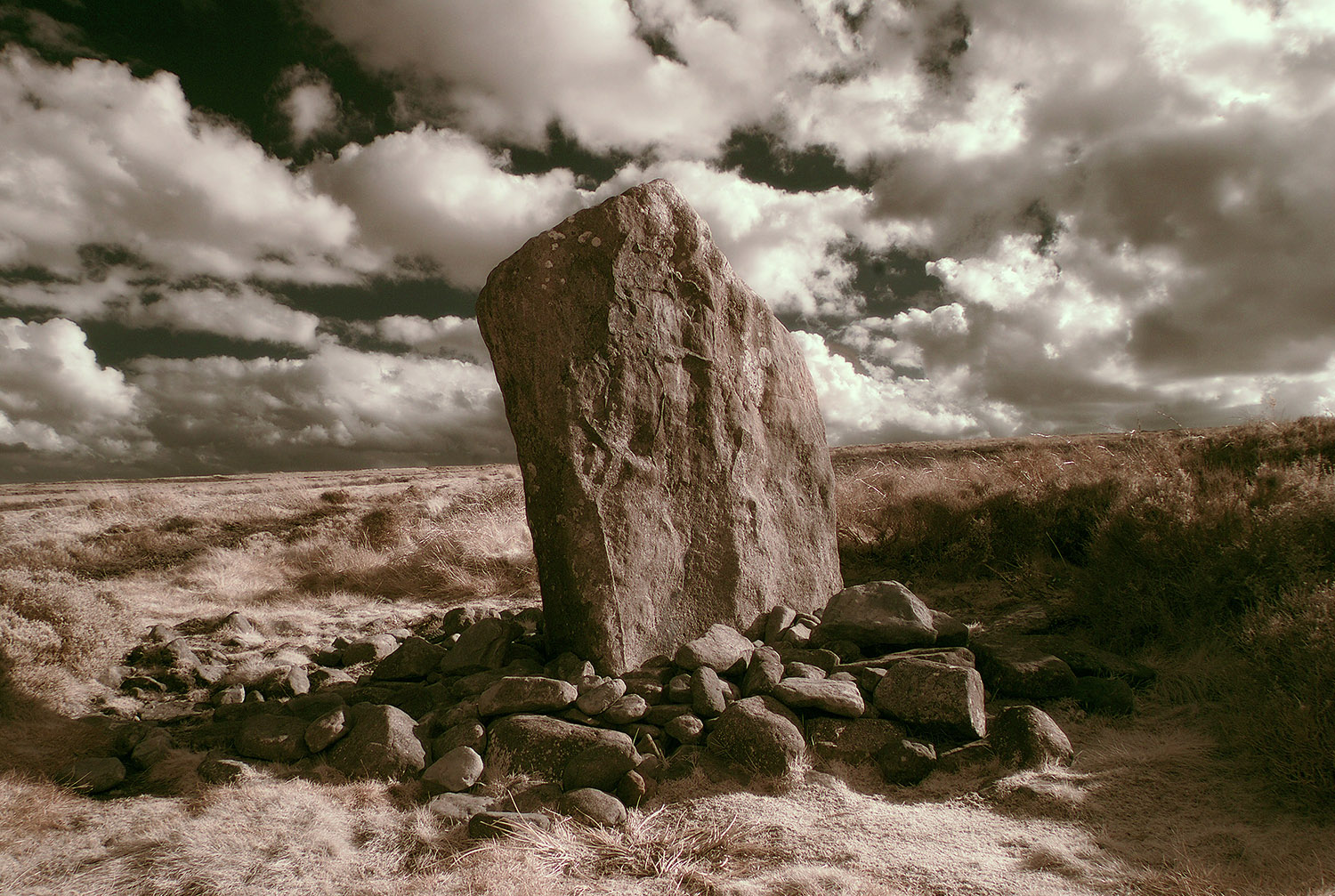