A friend wrote to me in 1871 to say that at Redcar in Cleveland, in the earlier part of this century, a funeral was preceded by a public breakfast. Then the coffin was carried slung upon towels knotted together, and borne by relays of men to Maroke (Marske?), up the old ‘ Corpseway,’ and bumped upon a heap of stones, three times. This was an ancient resting-place at the top of the hill. The ‘Lamentation of a Sinner’ was then sung, and the procession moved to the churchyard, every man, woman, and child receiving a dole of sixpence as they entered.

Examples of Printed Folklore Concerning the North Riding of Yorkshire, York & the Ainsty. Collected & Edited by Mrs Gutch. Publications of The Folklore Society. 1901

In common with most people I feel as though many aspects of my life have been on hold for the past 12 months. My list of places to visit gets longer and longer. Now that lockdown is easing I seem to have a mental log-jam of what to do and what to see.

I have been planning on visiting the Cross Dyke of Horn Ridge for quite some time as it is one of the few local dykes that I haven’t visited. Once again, it was a chance online conversation with a friend that spurred me into action.

The sun was shining, the forecast was giving out wintery showers, this was perfect for me, half decent weather and less chance of meeting anyone on the moor-top.

I drove down to Farndale and walked up the keepers track that runs up the side of Monket House Crags. The track is not too steep and takes you through an area covered in spoil heaps from the 19th century jet workings. When I started walking the sun was shining, within a few minutes a wintery squall blew in from the north leaving a dusting of snow on the hillside. The squall was intense but short-lived, this became the pattern for the rest of the day.

I followed the track south along the gentle rise of Horn Ridge. From the high point the land begins to gently slope down to the south, the eye is drawn along the valley of the River Dove to the dale end with the moorland above Hutton Le Hole and the Vale of Pickering in the far distance.

As you walk down towards the very obvious earthwork you become very aware that you are on a narrowing promontory of moorland , the fertile dale on either side, hemmed in by the dark domineering presence of Rudland Rigg to the West and Blakey Ridge to the East. As you near the Dyke you can see through the central gap to a fairly level area with the barrow beyond, the effect is quite striking.

The Dyke itself runs the full width of the upland, terminating where the land drops off at either end. Its total length is approximately 300m.

Approaching it from the north it appears to be quite an impressive earthwork fronted by deep ditch has been dug along its whole length. When viewed from the south it appears less imposing.

A section of the Dyke was excavated by Raymond H. Hayes. He was unable to find any evidence that might give a date to the earthwork. He observed that with the ditch ‘its builders did not cut the rock as in Iron Age or Roman ditches.’

There are a couple of stone settings within the dyke on the south side but these look like a modern shelter or grouse butt and a trap built by keepers to catch small mammals. These moors are not a friendly place for any creature that threatens the grouse population. Last year 5 dead Buzzards were discovered hidden beneath a rock just 3km north of the Dyke.

Walking south towards the barrow, a squall blows in, the views are lost.

The barrow is a very sad sight. It is quite large, approx 10-15m diameter. It is hard to fully gauge its dimensions as it is in a terrible state of repair. The scheduling entry for the monument mentions ‘a central excavation hollow around 4m by 2m, with a second 1m diameter pit in its west side.’ The keepers have also recently built a trap into one of the holes in the mound.

I took a walk along the western edge of the ridge. There are reports of cairns and hut circles in this area. I was just starting to spot them when a heavy snow storm started. My mind turned to driving up the steep bank to Blakey Ridge. Under normal circumstances I wouldn’t mind being trapped in Farndale but with the current conditions i.e. the Feversham Arms being closed, I decided that the western edge of Horn Ridge was one for another day and turned for home.

A History of Helmsley Rievaulx and District. 1963. Editor – J McDonnell

We needed a walk but didn’t want to travel far from home…Thunderbush Moor along the Whiteley Beck valley and then up to North Ings and the wonderful Bride Stones.

The trees planted in the valley are growing well. In a few years this will be a lovely broad leaf woodland

Someone has decorated a tree in memory of a lost friend. Amongst other things they have left a beautiful photograph, a joyful scene.

The heather is low on the edges of the prehistoric cairnfield, a trio of burial cairns poke through the peat beside the path.

We follow the Bride Stones from the valley head onto Skelderskew Moor .

I wrote a post on the history of this short valley here https://teessidepsychogeography.wordpress.com/2014/06/08/stones-shakespeare-and-men-of-the-moors/

Bob Fischer kindly invited me to contribute a weekly item to his Thursday night BBC Tees show.  These are the notes from a show a few weeks ago on the subject of death & burial traditions from our area

It was believed that a person couldn’t die on a mattress stuffed with the feathers of pigeons or wild birds. 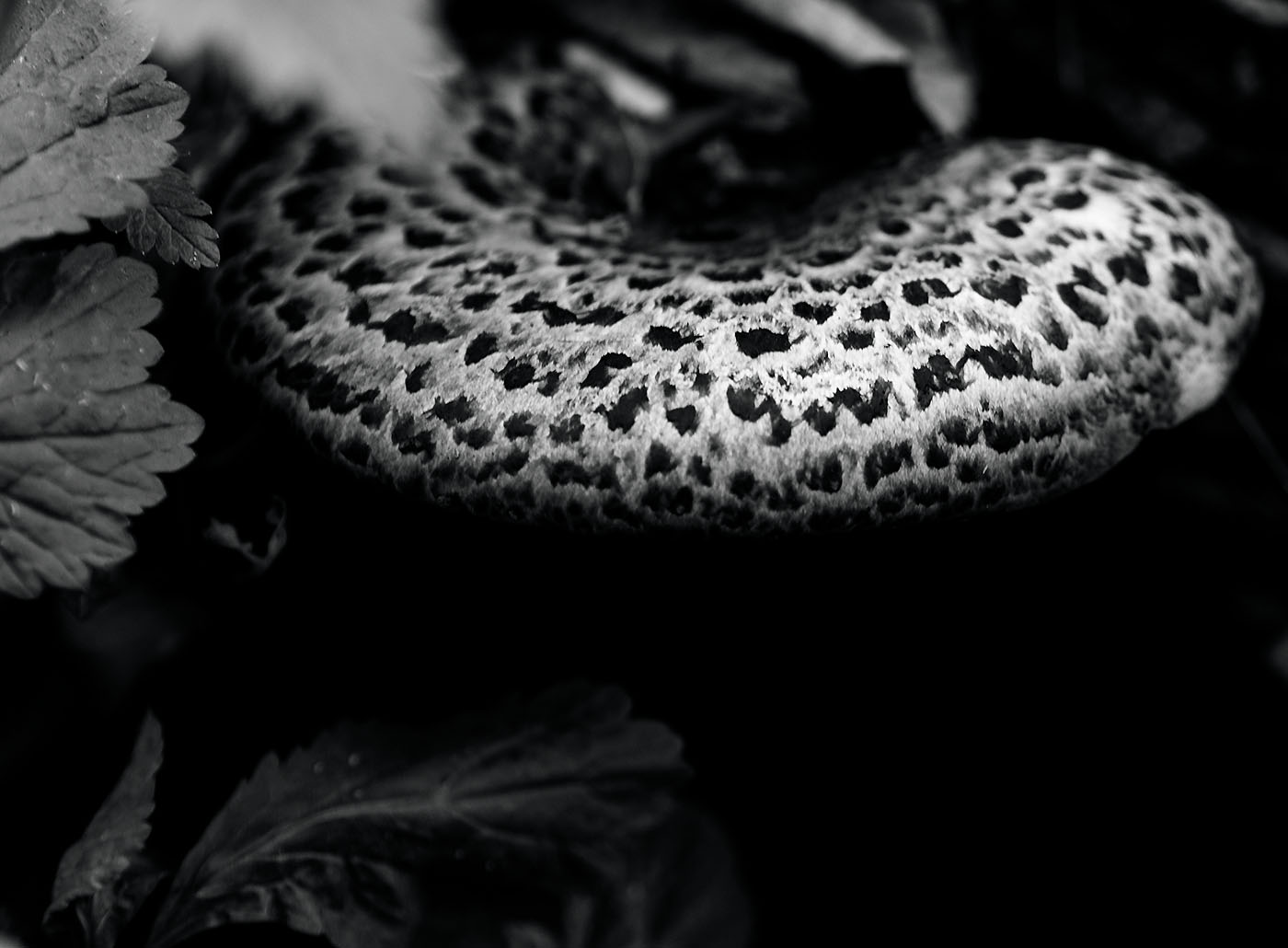 Following a death all fires must be extinguished in the room where the corpse is kept and any animal that jumps over the coffin must be killed immediately and without mercy.

If a person is drowned, it is said that their body will float to the surface on the 9th day. 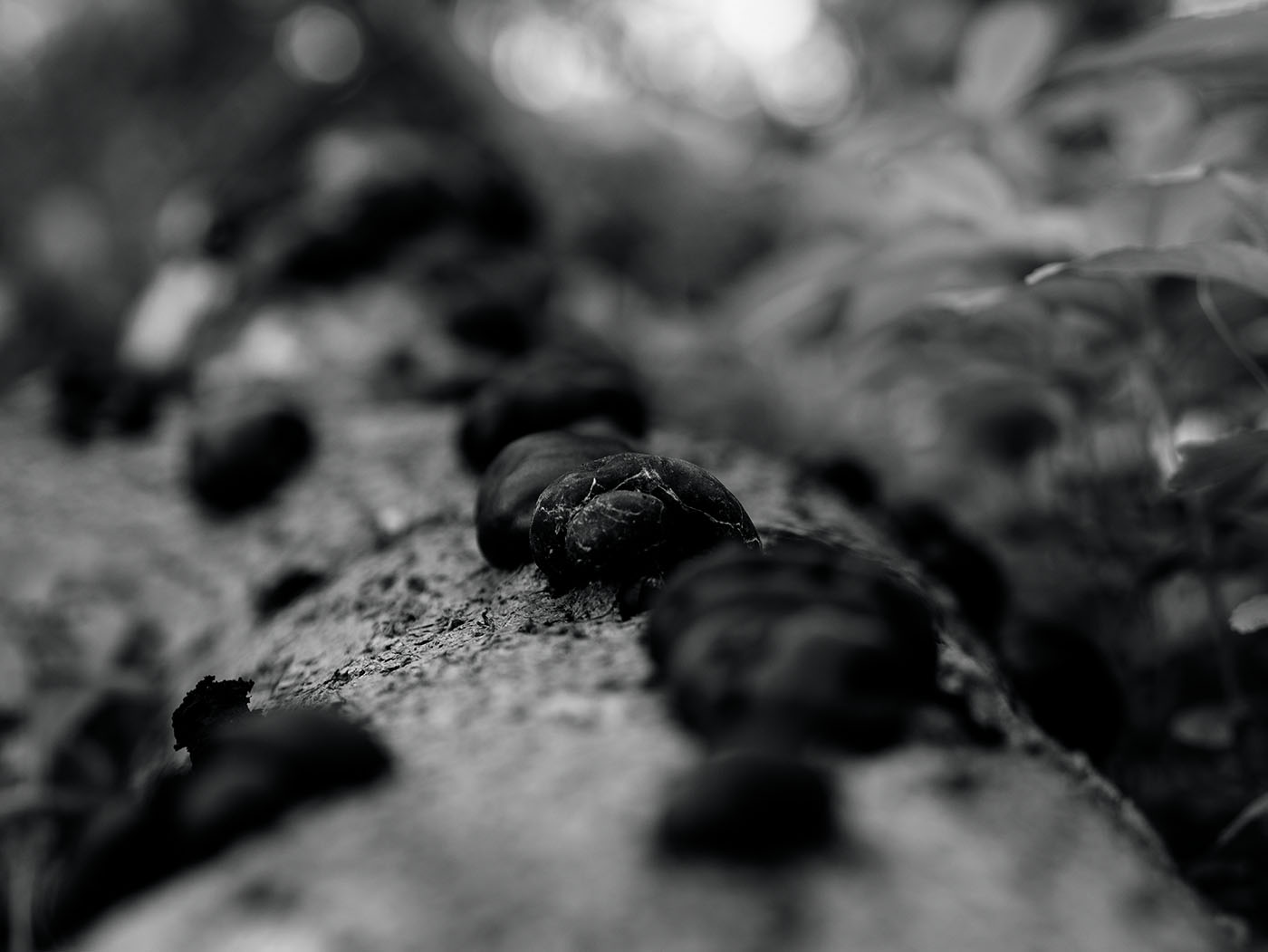 When searching for a drowned body it was said that a loaf of bread soaked in quicksilver will swim towards the location of a corpse.

At funerals there was a custom to hand ‘burnt wine’ to the funeral goers in a silver flagon, out of which every one drank. The drink was a heated preparation of port wine with spices and sugar and if any remained, it was sent round in the flagon to the houses of friends for distribution. The passing bell was then tolled at all hours of the night to keep away evil spirits. 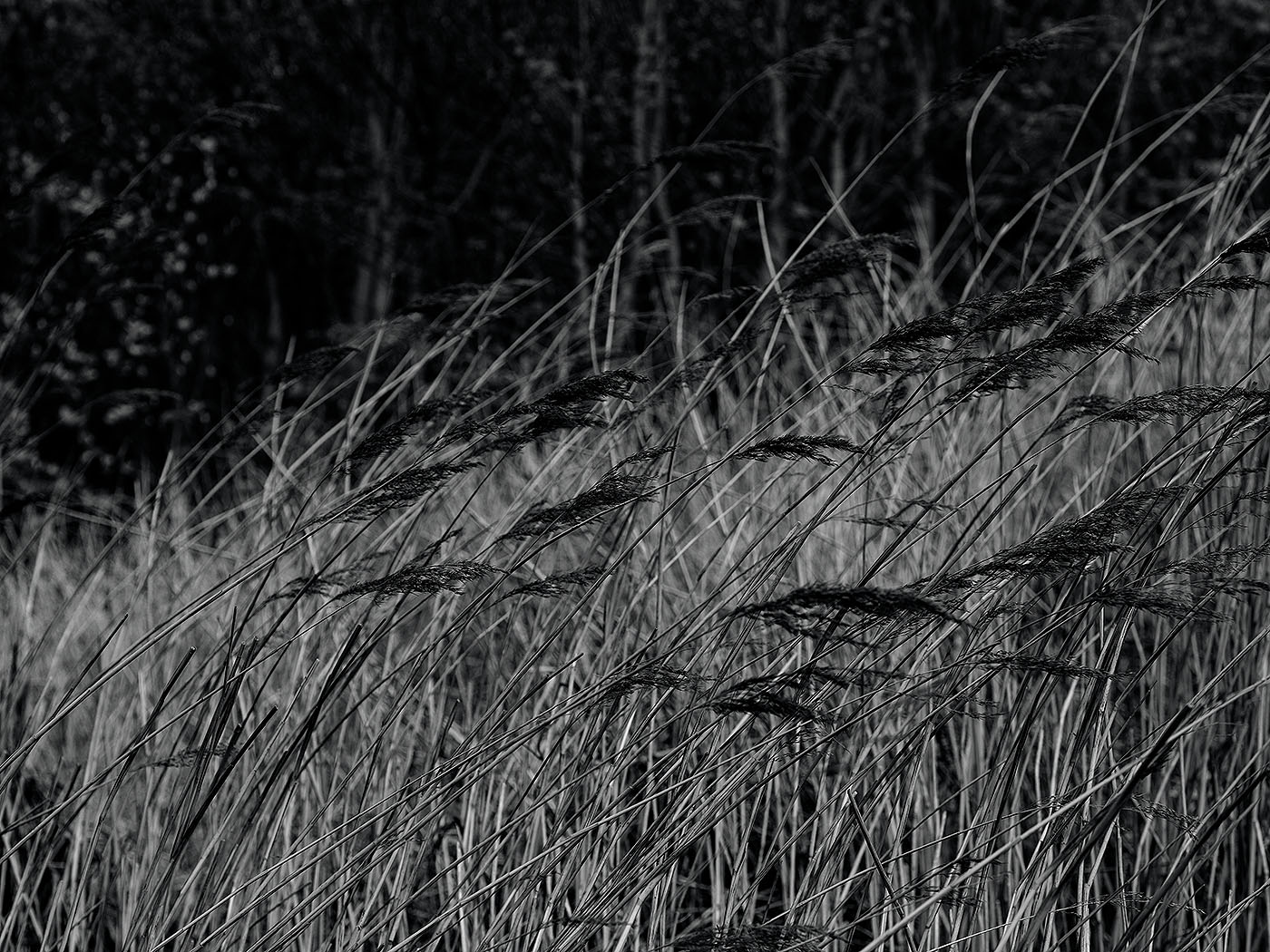 Some folk had an aversion to be taken to the church by hearse, choosing instead rather to be carried by hand. The coffin was carried by slinging linen towels beneath it. Women were carried by women, men by men, and children by children

If a woman died in childbirth, a white sheet was thrown over the coffin.

If an unmarried female died, a garland was carried in front of the coffin and hung up in the church after the funeral. The garland consisted of two hoops intertwined, decorated with white paper flowers and ribbons, in the centre was a white glove, often home-made, of paper or fine linen, upon which was stitched or written the name and age of the deceased. A couple of these garlands have been survived and can be seen in St Stephens church at Robin Hoods Bay.

When a girl, or an older unmarried female was carried by hand, the bearers were all young or single women dressed in white wearing white straw bonnets. If the body is taken to the gates of the churchyard by the hearse, the plumes of the vehicle and the hatbands of the carriage drivers were entwined with white ribbons

It was customary to send gloves to the friends of the deceased, white for the funeral of an unmarried person, black for the married. 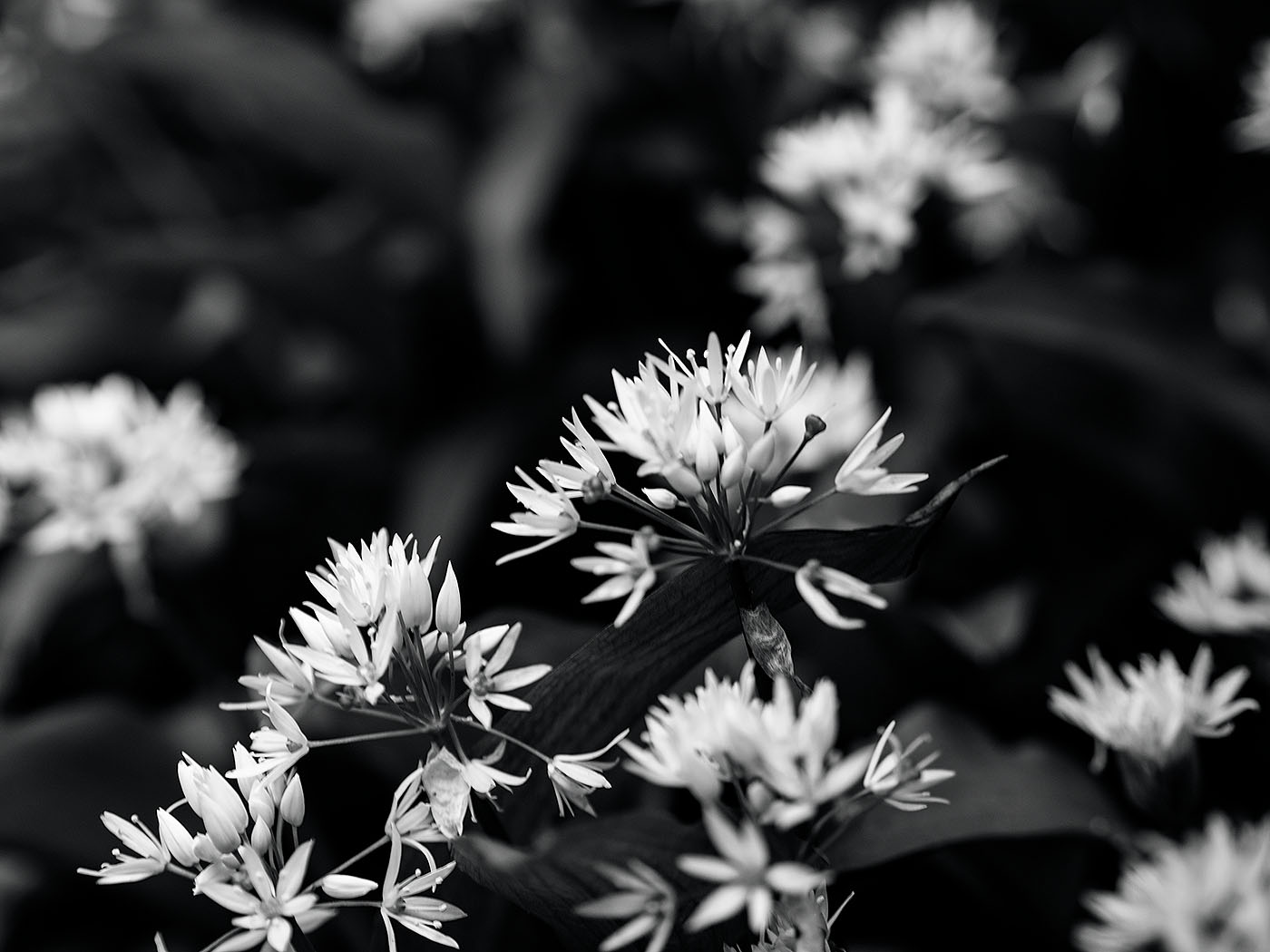 The Gainford Stone was discovered during deep drainage excavations at Gainford, it is thought to be a cist cover and is now in the Bowes Museum