A while ago I came across a reference to a couple of Late Neolithic/Early Bronze Age barrows on the southern bank of the Tees close to Piercebridge. Lowland barrows are rare in the Tees valley so I was keen to find out more about this pair. On further investigation I noticed that there were three barrows, one north of the river and two south. Looking on the map I noticed that the three barrows formed an alignment that crossed the Tees at the point where the Romans had built a bridge. Projecting the alignment south leads to the Iron Age Oppidium of Stanwick. 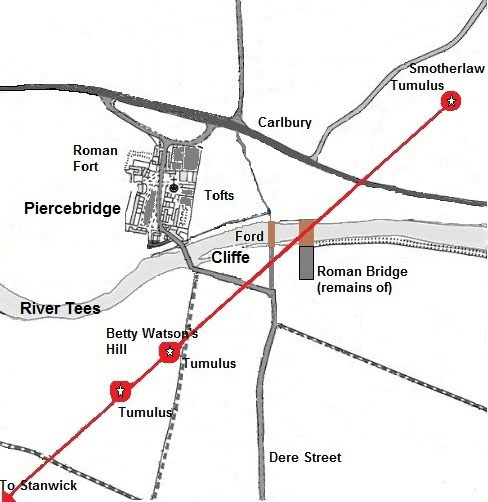 According to Ray Seton’s Astronomical Significance chart, the barrows are also roughly aligned to the rising sun at the summer solstice 2000 BCE.

I checked through all of the sources but could not find a reference to this barrow alignment, so on a misty morning my friend Martyn and I set out to give the place a looking at. 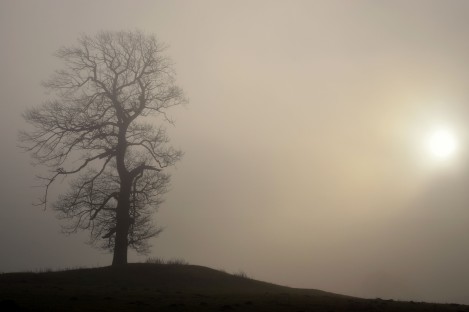 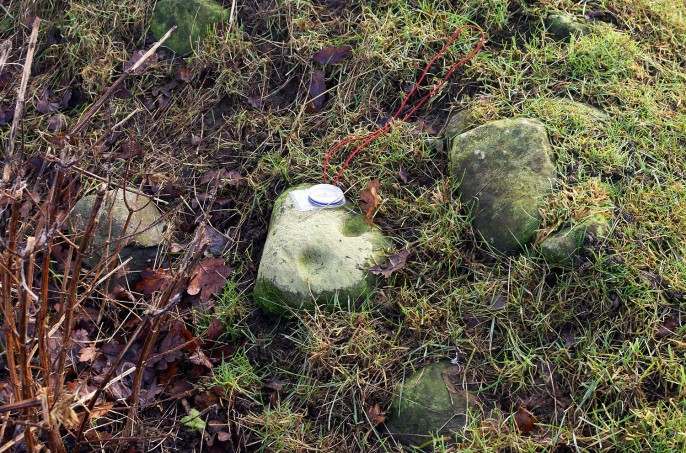 The two barrows on Betty Watson’s Hill and a cup marked cobble stone with two possibly three cups. In North Yorkshire there is a definite association between cup marked stones and prehistoric funerary monuments.

I suggest that the barrows were not actually aligned on the river crossing but were aligned on a trackway or road that crossed the river at this point. The trackway and crossing point, if regularly used, would probably have been quite visible. There is plenty of evidence in the archaeological record to demonstrate a relationship between prehistoric monuments and trackways. 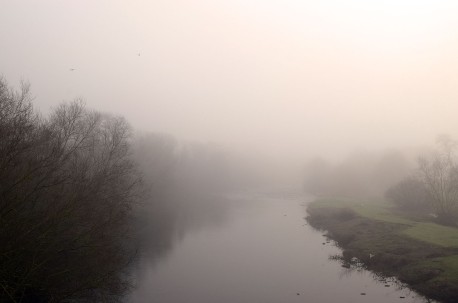 The Tees at Piercebridge and the remains of the Roman bridge. The bridge is built on a gravel bed which is rich in flint pebbles. Perhaps in prehistory this place was not only significant as a river crossing point but also as a source of raw materials.

This part of the River Tees also had a special significance to the Romans. A substantial amount of votive offerings have been recovered from this small section of the river, leading to the suggestion that there was some form of shrine here during the Roman period. The barrow alignment may suggest that this part of the river also carried a spiritual significance to the people who populated this area long before the arrival of the Romans.