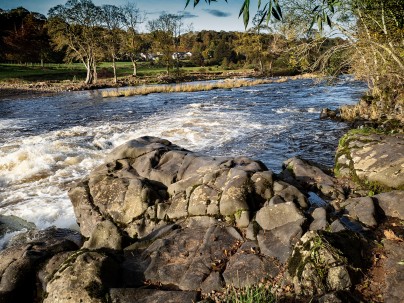 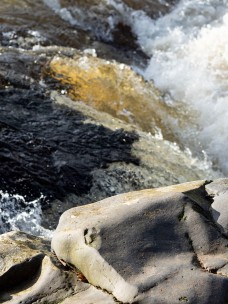 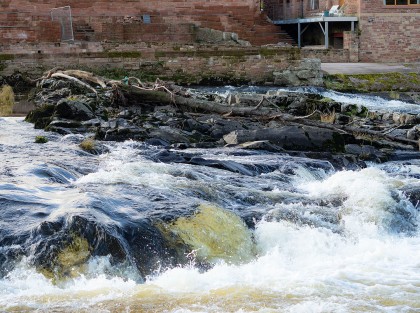 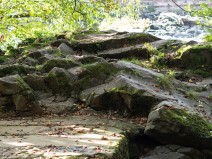 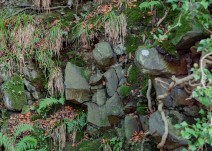 This natural weir was exploited in the past by a watermill on the Armathwaite side of the river and a salmon fishery on the other. The mill site is currently being redeveloped, all thats left of the fishery is a ruined building and a large keep pool. 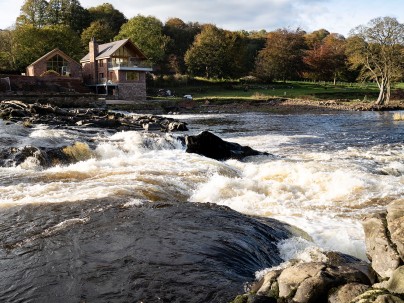 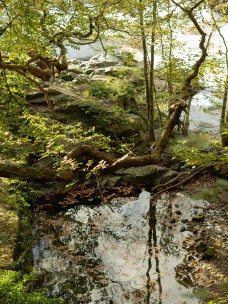 The dyke was quarried on a small scale locally 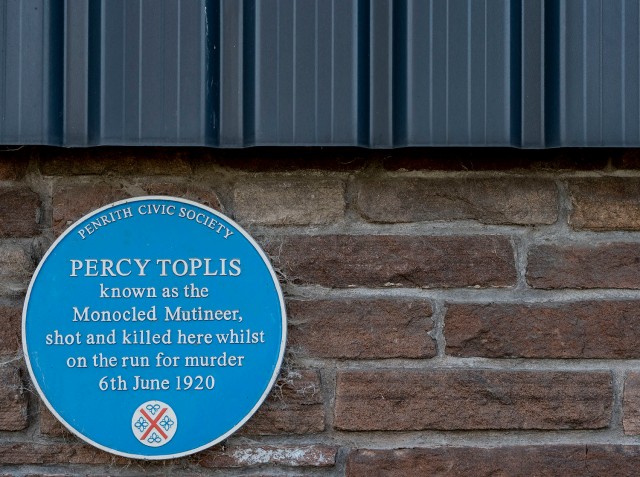 Heading south on the A6 I noticed this.

The Cleveland Dyke is a band of igneous rock that was injected, whilst molten, into the local rocks during the Tertiary period of geological time (approx 60 million years ago). The dyke originated in a large magma chamber beneath the Island of Mull on the west coast of Scotland and has been estimated to have taken between 1-5 days to travel to North Yorkshire. 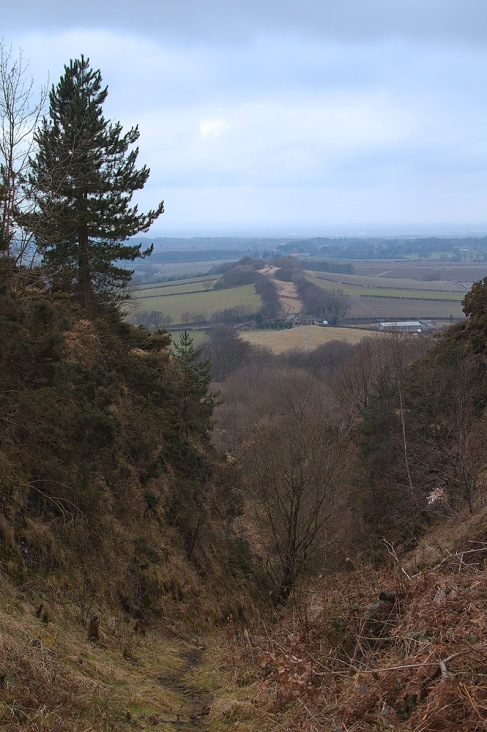 Looking from Cliff Rigg Quarry to the Langbaurgh Ridge. The old quarry sites along the ridge can be seen between the trees. I have often wondered whether the people who lived in this area during prehistory used the Langbaurgh Ridge as a routeway from the River Tees to the moorlands. Bronze Age burials have been found in Ingleby Barwick close to the outcrop of the dyke. There are many prehistoric sites around the outcroppings on the North York Moors, particularly on Fylingdales Moor. 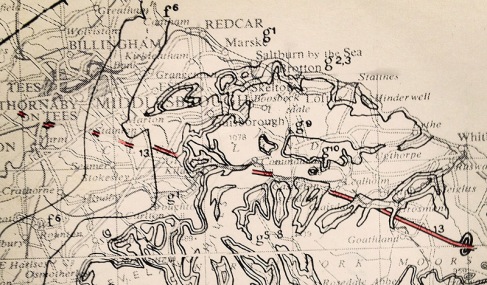 The dyke is mainly buried beneath glacial deposits but  outcrops at a number of locations across Cleveland and the North York Moors. Where ever the dyke outcrops it has generally been quarried away. The rock, a basaltic andesite  but popularly known as whinstone, it is a very hard rock and was ideal for road building both as a hardcore and to make setts and blocks for surfacing. 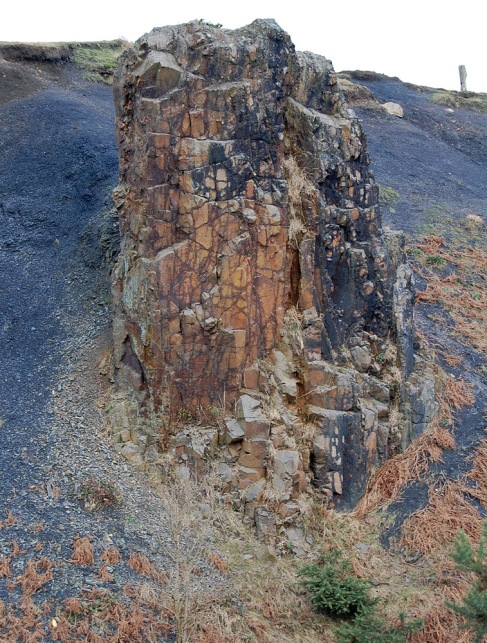 During the late 1800’s Leeds Corporation operated the quarries at Cliff Rigg just outside Great Ayton. The Middlesbrough to Whitby railway runs just beneath the quarry so it was possible to extract the stone and ship it by rail to Leeds.

Ironstone was also mined at Cliff Rigg and the surrounding area. 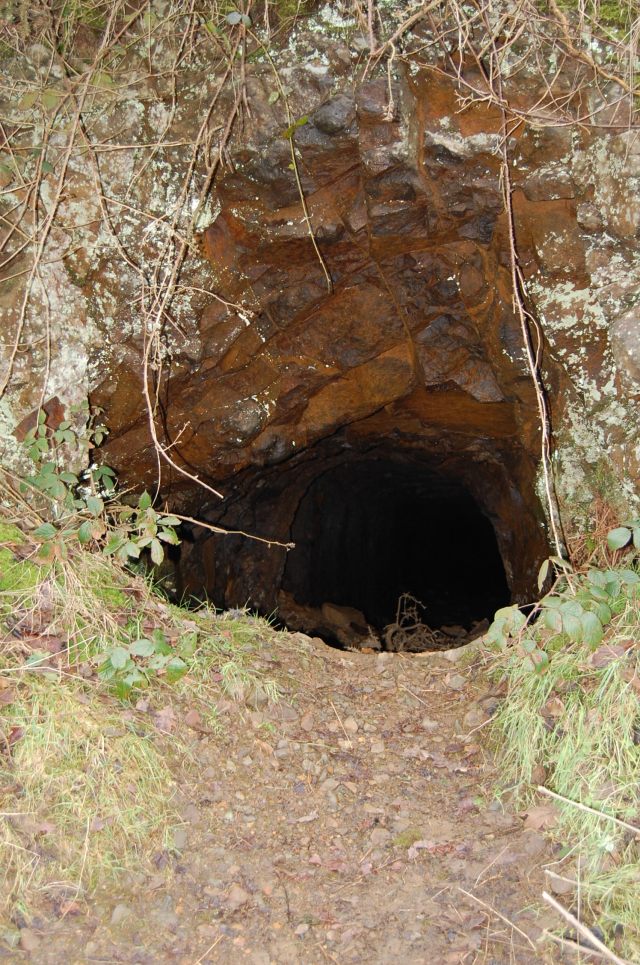 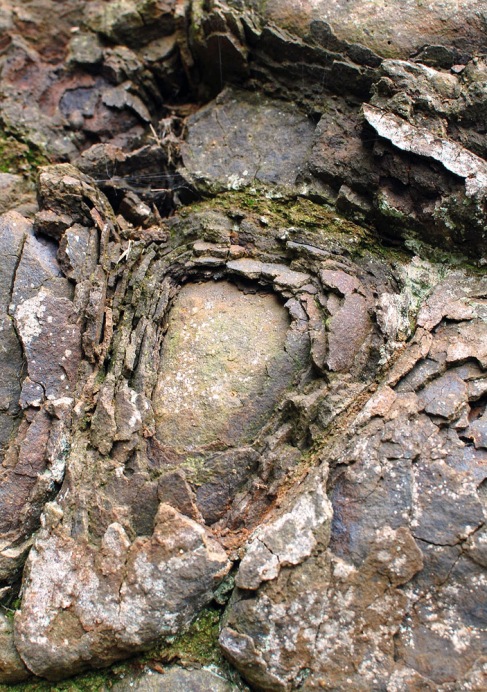