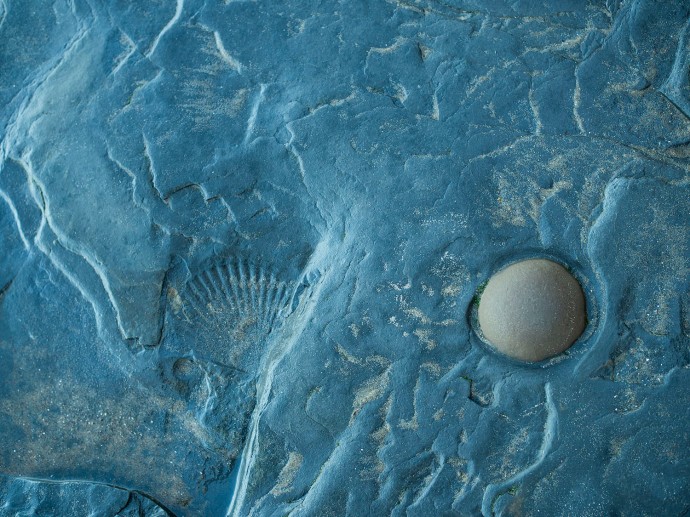 Seeking inspiration I turn to stone

Untroubled by the low winter sun

An overburden of saturated till

Clay too wet to hold its form 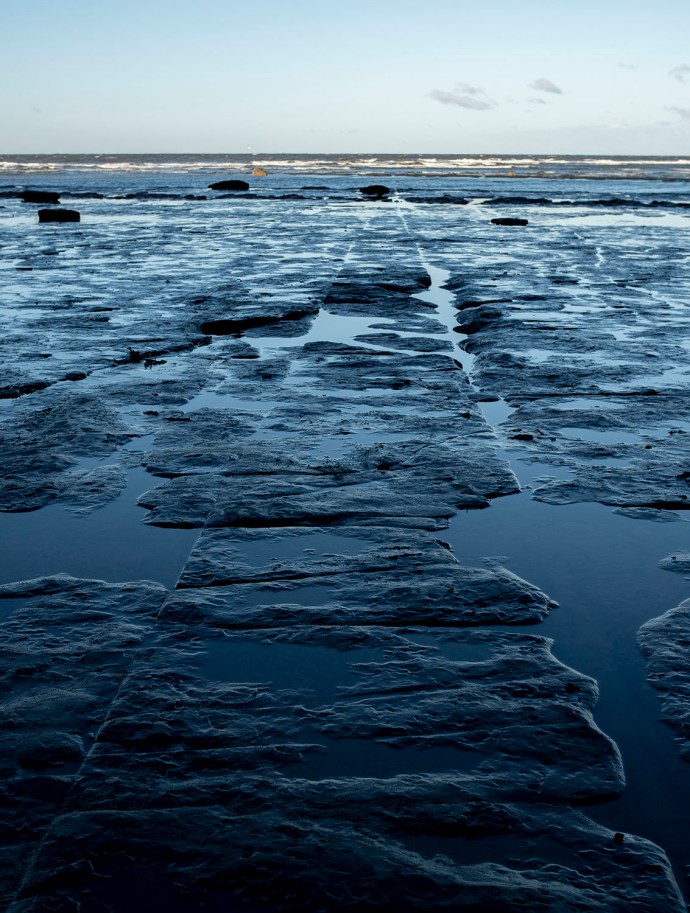 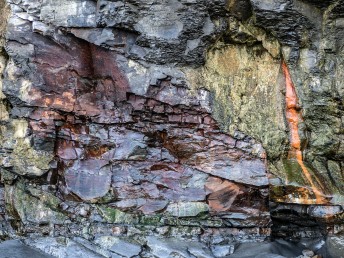 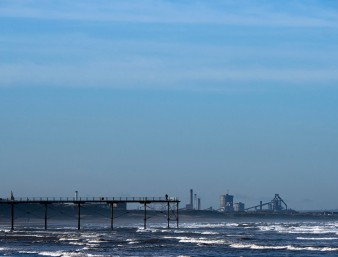 Iron will always seek its source

Who could resist visiting a place with such a wonderful name?

I first visited this place in 2004, at that time very little was known about this strange oval earthwork. The site, on the margins of Brackenber Moor, has since been the subject of an Archaeological investigation by the Appleby Archaeological Group and North Pennines Archaeology.  They have concluded that the site, and a number of burial mounds located across the moor, are Bronze Age in date.

On the ground there is very little to see. The surrounding moorland is a mix of rough pasture and a golf course. The site occupies a spit of land overlooking the George Ghyll. The ditch and bank are visible and there are a few lumps and bumps within the enclosure. What excites me about this place is the beautiful red sandstone crag and cave located on the edge of the Ghyll. 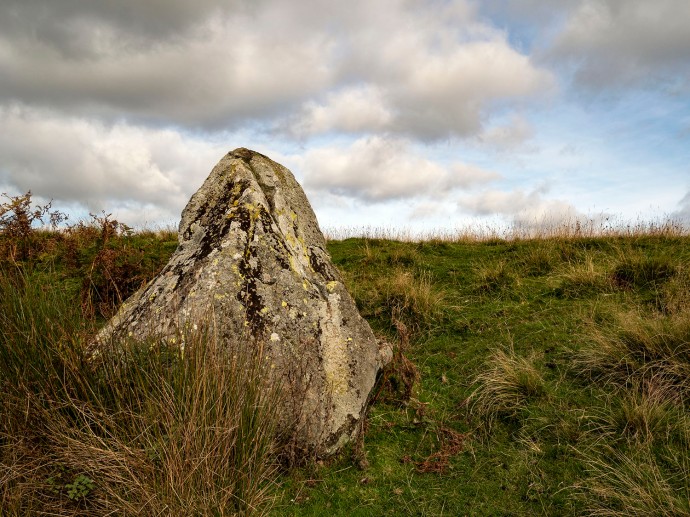 Dropping down to the Ghyll just beyond a large standing stone

Aeolian (wind-blown) in origin, the Permian Penrith Sandstone Formation formed approximately 272 to 299 million years ago in a desert environment 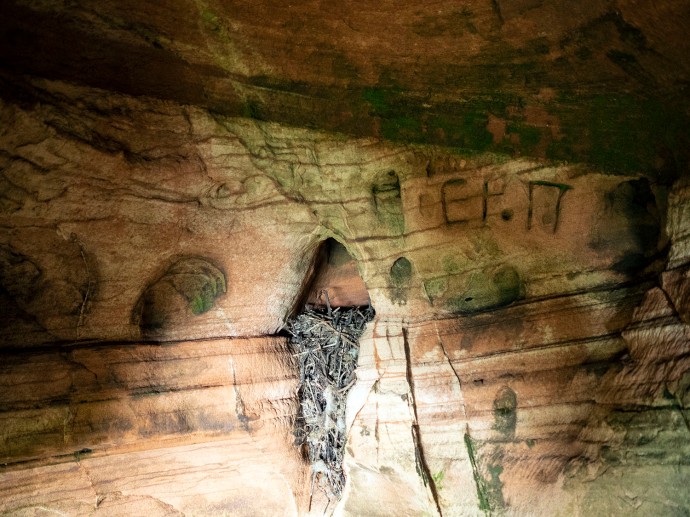 The main cave could easily house two or three people comfortably. There are many birds nests in the niches in and around the main cave. 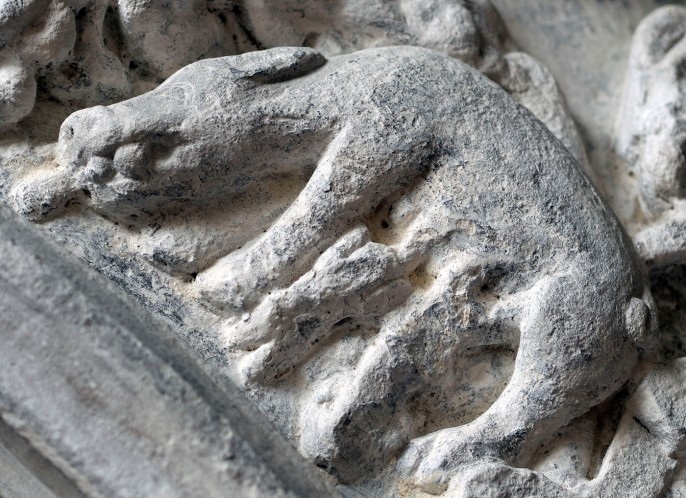 What I tell you three times is true 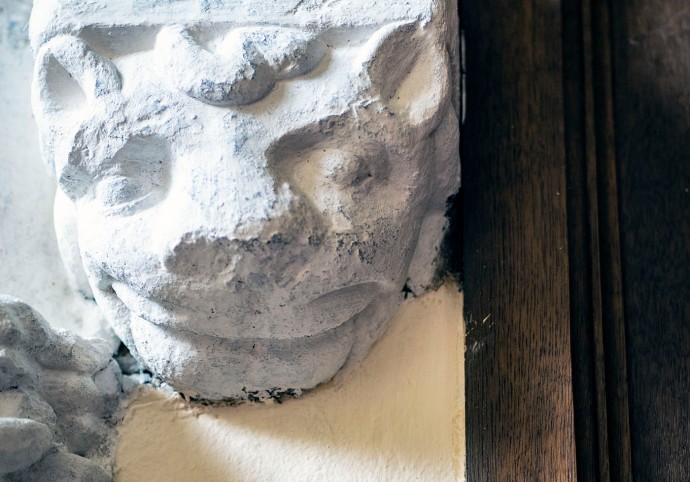 ‘Well I’ve often seen a cat without a grin,’ thought Alice; ‘but a grin without a cat! It’s the most curious thing I ever saw in my life’ 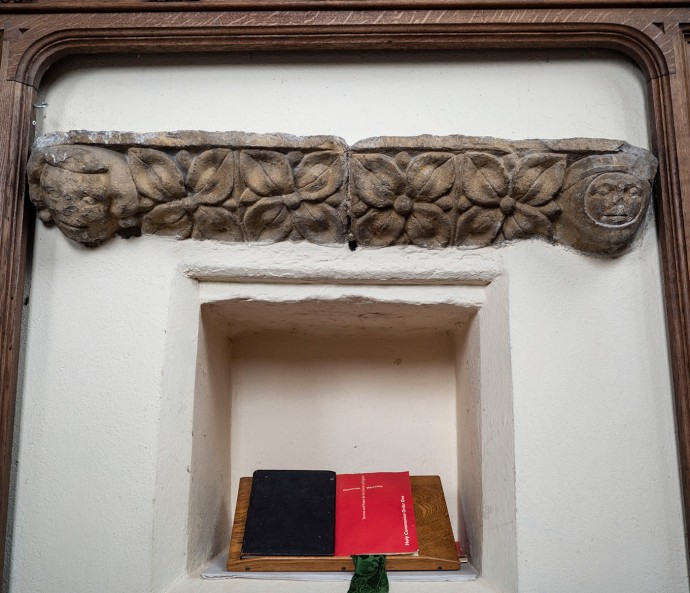 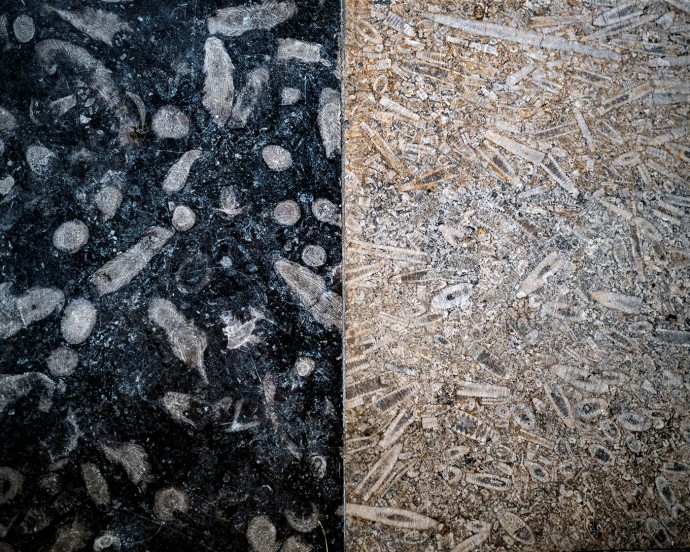 Begin at the beginning and go on… 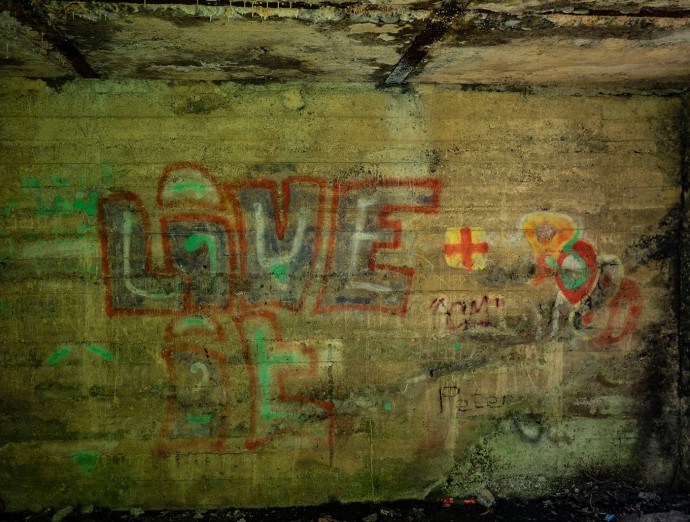 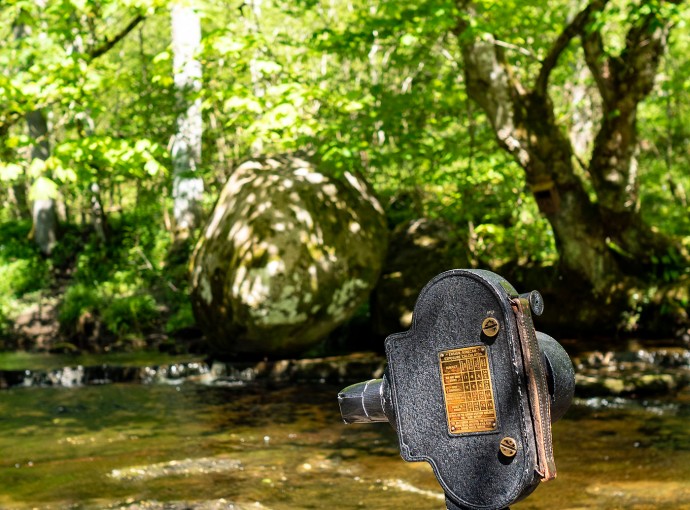 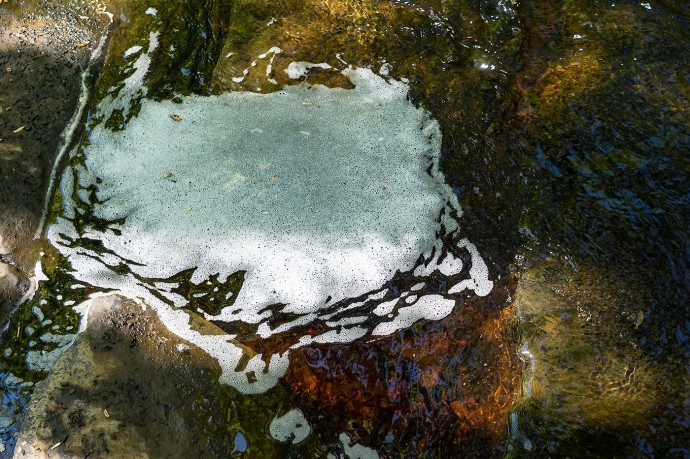 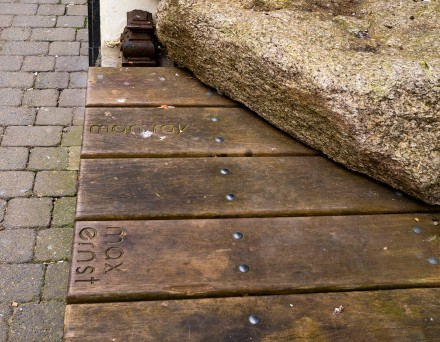 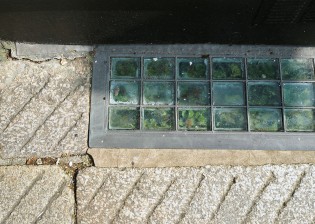 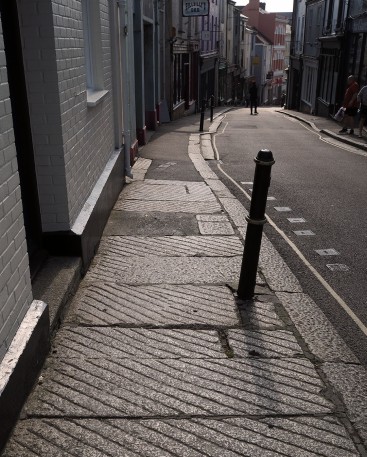 Variscan Orogeny, high as a Himalaya 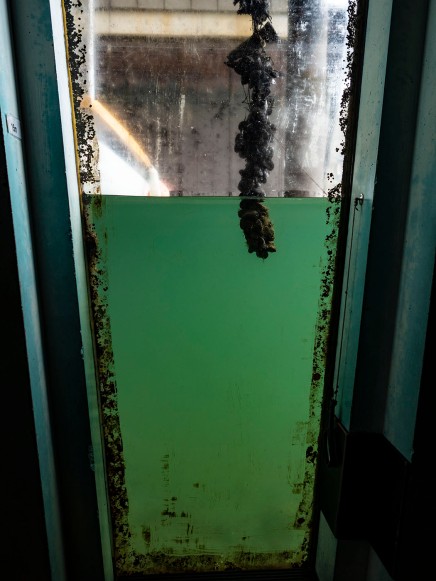 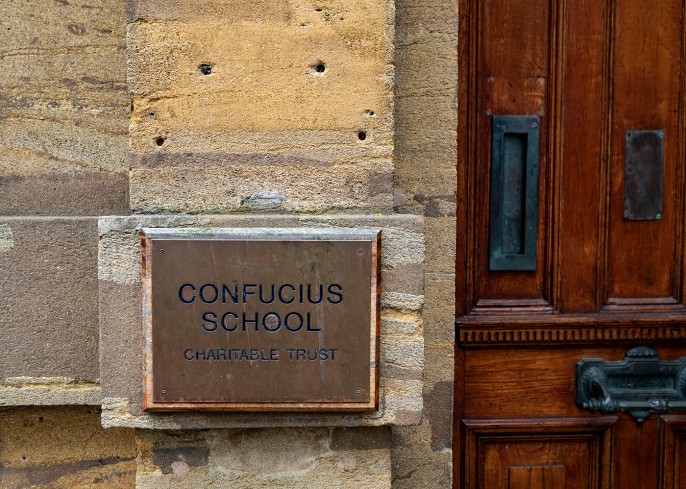 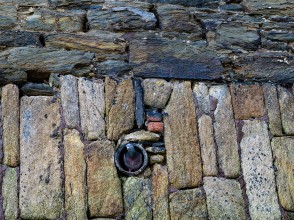 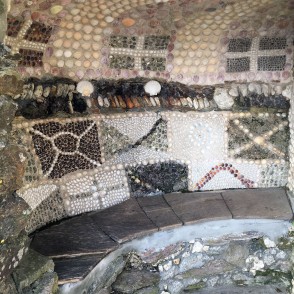 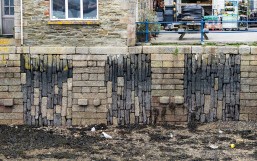 In his 1979 book, The Prehistoric Rock Art of Galloway & The Isle of Man, Ronald Morris listed one hundred and four theories which have been put forward in all seriousness by Archaeologists and others to explain British Prehistoric Rock Art. Could any of these theories be applied to the mysterious markings that are found on roadside kerbstones? 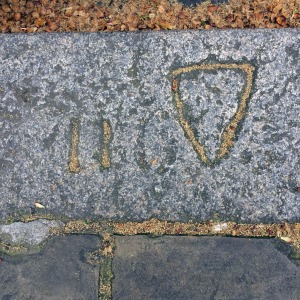 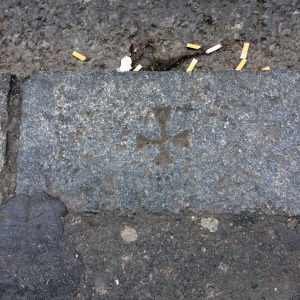 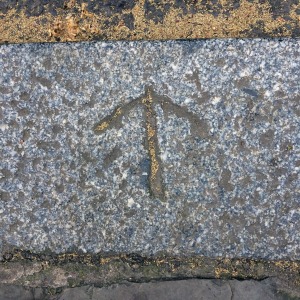 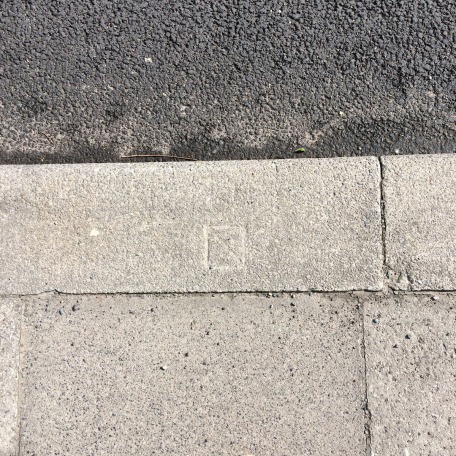 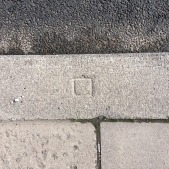 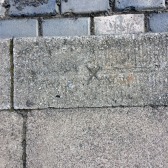 A modern circle (2000CE) located on the east bank of the Middle Beck on the Town Farm Estate, Middlesbrough.

The circle contains examples of the three major rock types. There appears to be no obvious grading of the stones according to size. There is evidence of the re-use of stones, particularly three Shap granite boulders. There is some evidence of burning within the circle. A number of the stones have been decorated.

A potential alignment to the Winter Solstice sunrise over Godfaltar Hill. 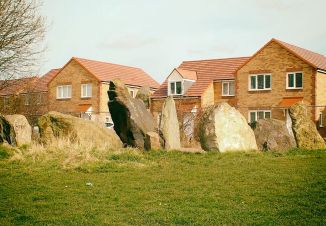 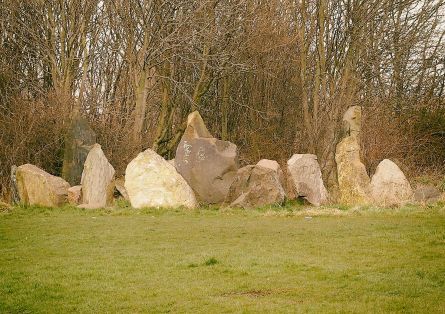 Thanks to Barry Jobson 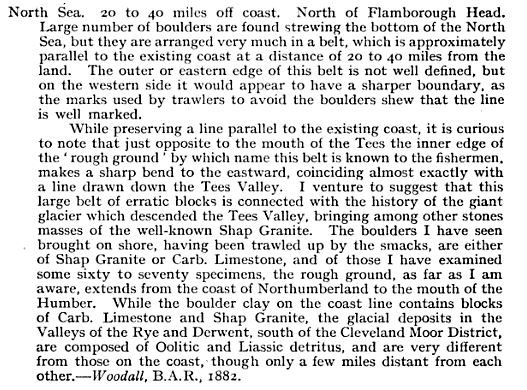