Hush: Colour and Fabric from welovemedia on Vimeo. 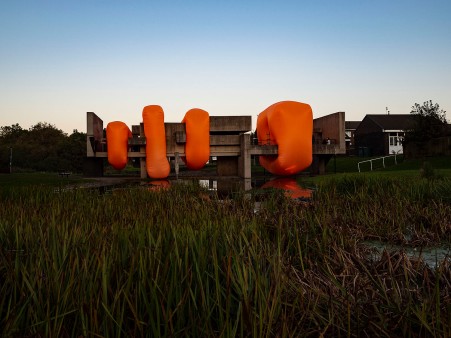 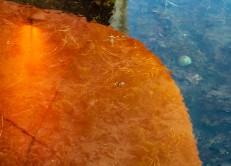 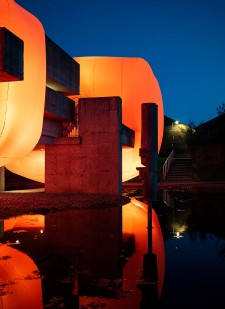 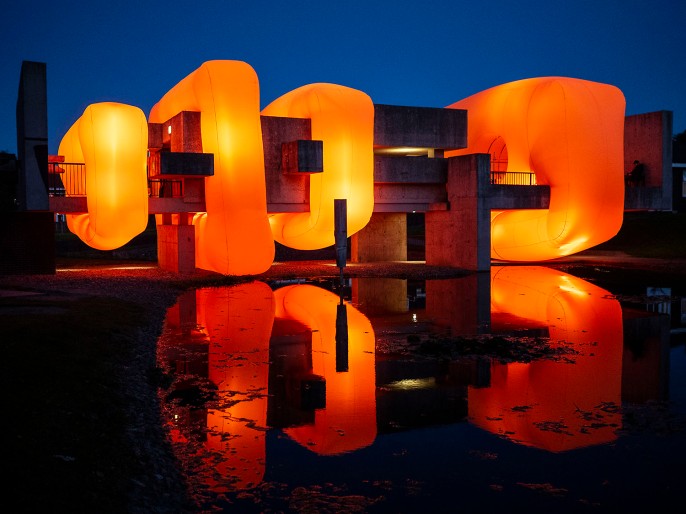 Apollo from the air

In hindsight taking an uphill walk in 27 degree heat may not have been my brightest idea but it was worth it.

The walk leads you through shaded woodland, then onto rough pasture and freshly cut hay meadows, grounding you in the Upper Teesdale landscape before climbing up onto the limestone uplands and into the hush. 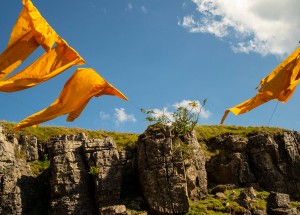 We walk beneath the piece discussing its immersive effect. The wind-blown sails flapping over our heads evoking childhood memories of playing beneath bedsheets hung-out to dry on wash days.

This beautiful installation will be in place until the 4th of August, I’d recommend that you take a visit. The sight of the saffron sails contrasted against the limestone uplands is stunning.

The walk from the visitors centre is 3km each way and is probably not suitable for anyone who has difficulties with mobility. The centre is providing transport to and from the site on a weekend. Details about the installation can be found here

Hushing – this term is used for a form of opencast working using water. This involved building a small turf dam at the top of a hill above the area to be worked. When it was full the water was released and rushed down the hillside scouring the soil and any loose rock away. Once the vein was uncovered, crowbars, chisels and hammers were used to loosen the rock and extract ore. In this process, which was repeated over and over again, broken rock accumulated on the floor of the hush and was eventually washed away. Most hushes date from the late 18th and early 19th centuries. Source

Project Lono is a collaborative experiment between electronic musician S.J. Forth and poet Bob Beagrie, who are exploring the integration of the spoken word with original music and soundscapes. 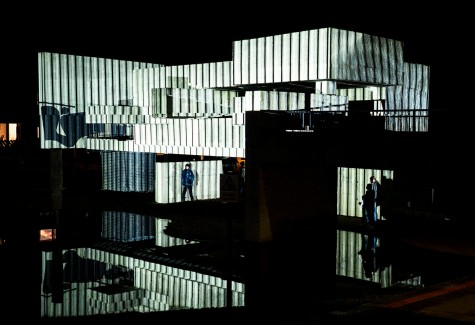 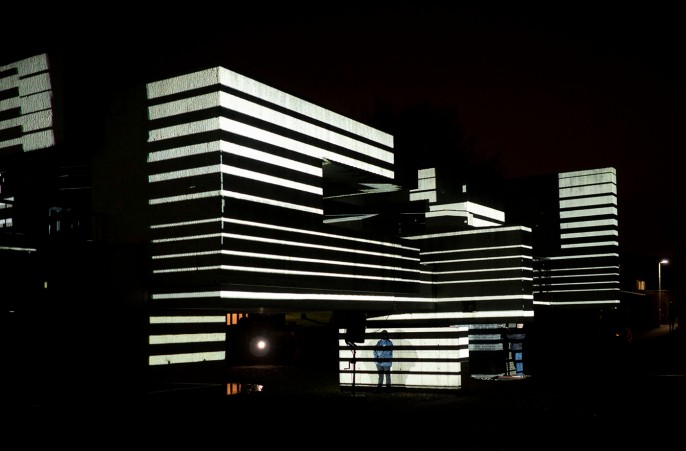 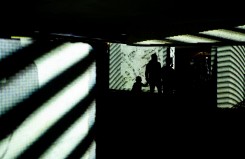 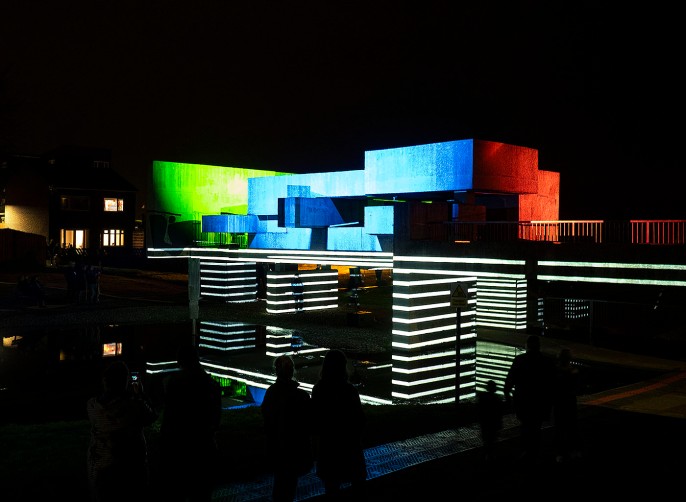 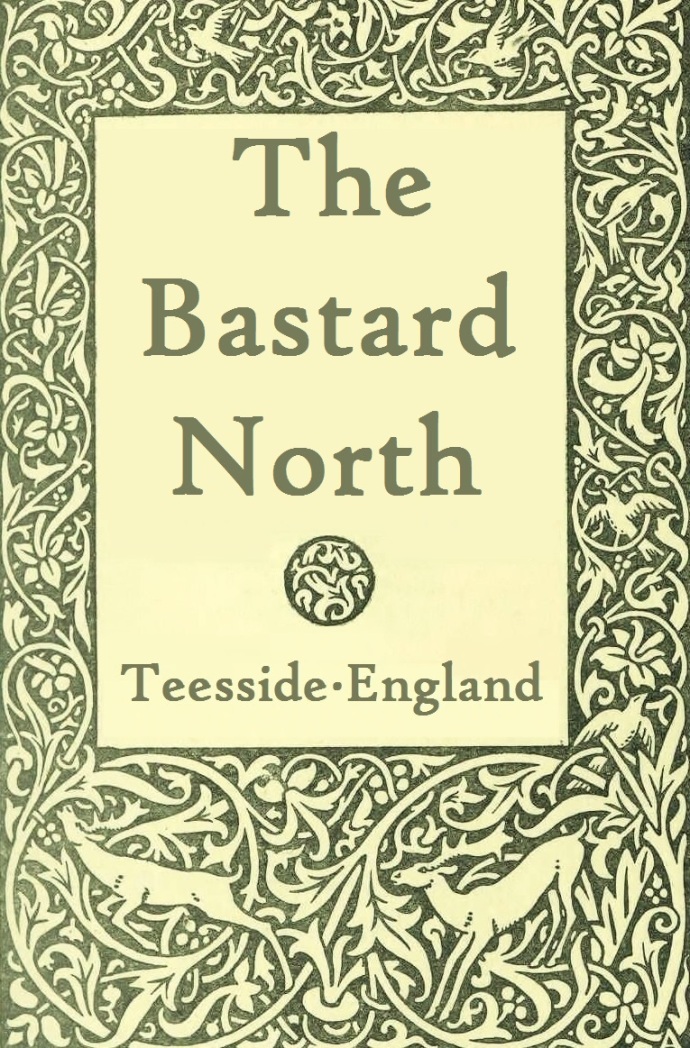 A while ago I was researching dragon lore in our area and came across a reference to the Ryedale Dragon. This wasn’t a reference to a specific dragon but to a carved motif that has been found on a number of Anglo-Saxon and Viking grave slabs and cross shafts in the Ryedale area. The design comprises a single bound dragon shown in S-shape with it’s jaws open. It is similar to the better known Jelling Design, named after the animal that decorates a silver cup found at a royal burial site in Jutland in Denmark.

I’d read of a 10th Century grave slab carved with a Ryedale Dragon in the church at Levisham and headed off to find it.

The slab itself is tucked away beneath the pulpit and is in two pieces, access and available light mean that getting a decent photograph can be quite challenging. I think I need to buy a remote flash and learn yoga. 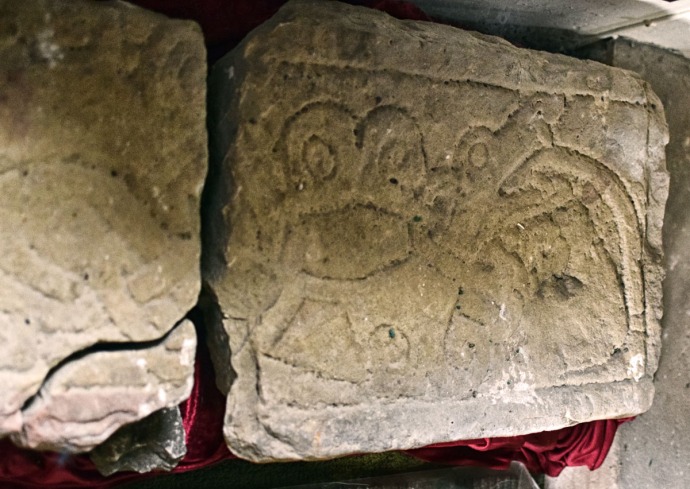 Whilst I was in the area I decided to call into St. Andrew’s Church in Middleton. 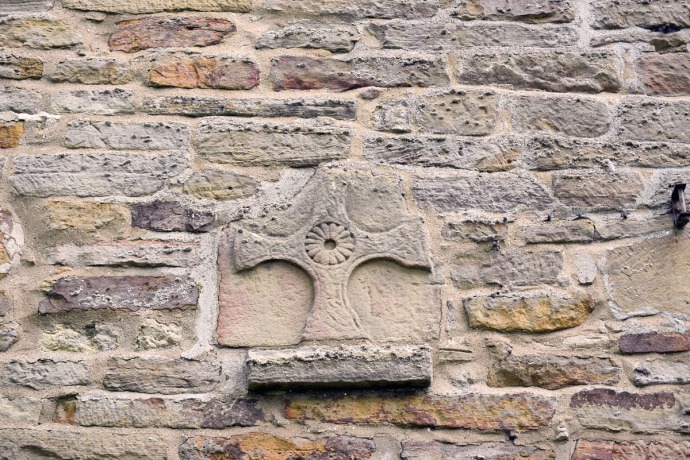 This lovely 8th Century cross is on the exterior wall of the church, it is described as a distinctive St. Cuthbert-style.

Inside the church there are a number of stones on display. 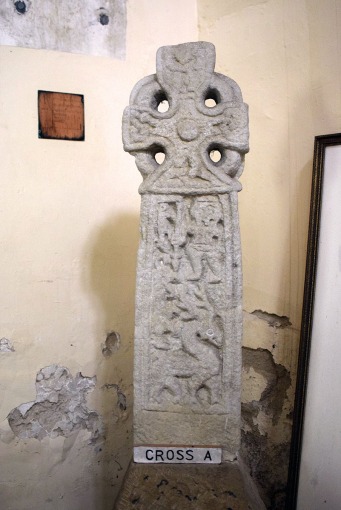 A 10th Century wheel head cross is decorated with the figure of a hunter with a spear and a short sword called a scramasax. There are also two hounds and a stag. 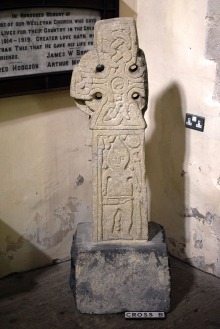 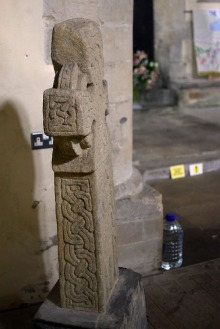 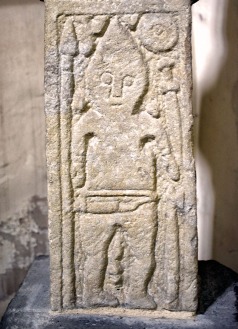 A 10th Century wheelhead cross is decorated with a warrior in a pointed helmet, spear, sword, scramasax, shield and axe. The interpretation of the figure wavers between a pagan in his grave and a lord on his gifstol (an ornate seat or throne).

Unfortunately I didn’t research this church before I visited it. Crosses A & B both have bound dragons carved on their rear faces. I didn’t learn this until I returned home.

An 11th Century ring head cross decorated with knotwork and a ring plait. 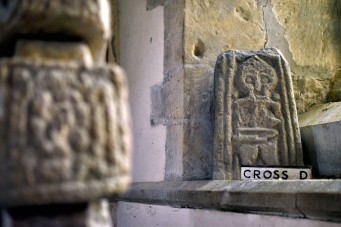 A section of stonework decorated with a bearded warrior with a knife and scramasax. The second stone is a section from a cross shaft decorated with the head of a warrior. 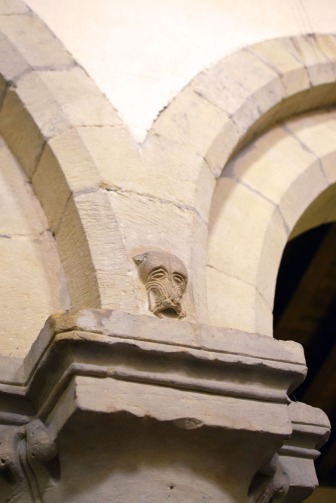 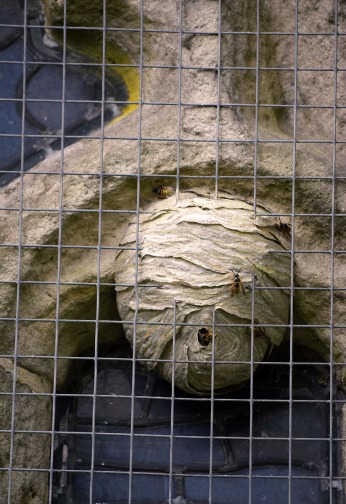 Slightly less ancient additions to the fabric of the church.

On my way home I decide to call into Lastingham, I have visited this church many times. The village sits in a verdant valley on the edge of Spaunton Moor. The crypt beneath the church is one of my favourite places, it is wonderfully atmospheric and contains a number of beautiful carved stones. 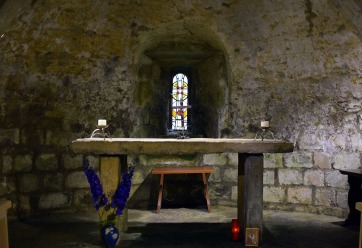 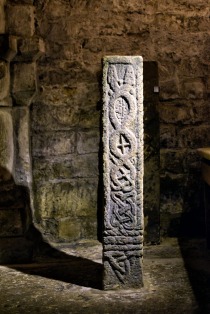 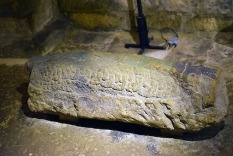 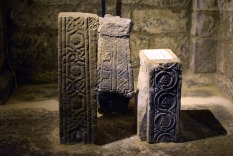