Graham and I headed over to Hamsterley to have a look at a strange site called The Castles. Graham told me that despite modern archaeological investigations, including a visit by the Time Team Archaeologists, no one has been able to fully explained this strange site. 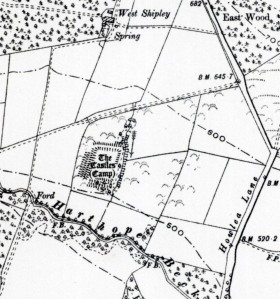 An archaeological evaluation was undertaken by Channel 4’s Time Team at The Castles, a Scheduled Monument at West Shipley Farm, Hamsterley, believed to be the remains of a fortified site of Late Iron Age, Romano-British or post-Roman date. The investigation included evaluation trenching and geophysical and standing remains surveys, the results of which are briefly summarised in this article. Although clearly constructed by a substantial workforce as a defensive fortification, there is little evidence to indicate what the site was used for or its date.

The monument remains enigmatic both in terms of date and function. Though clearly constructed by a substantial work force as a defensive fortification, there is little evidence to support by whom and for what it was used. It may have served as a demonstration of power, its use may have proved unnecessary by change of circumstances, or occupation may only have been temporary or seasonal. The date of  the original construction seems most likely to be Late Iron Age, with possibly post-Roman reuse of parts of the structure

We drove along the narrow lanes to the farm entrance and walked along the public footpath to the farmyard. The friendly farmer was busy unloading a feed tanker but stopped to point out the right of way across his land. We walked down the extremely sodden fields towards the copse of woods that enclosed the site.

The site is located on a hillside midway between the ridge top and the valley bottom. It has views along the valley to wards to confluence of the Harthope and Bedburn Becks and then further east to the Wear Valley. 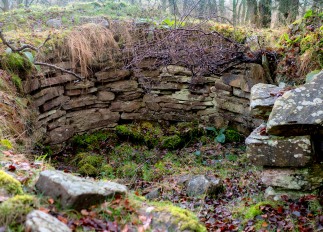 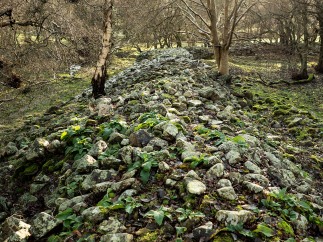 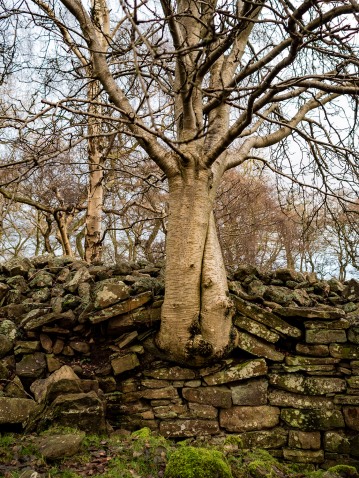 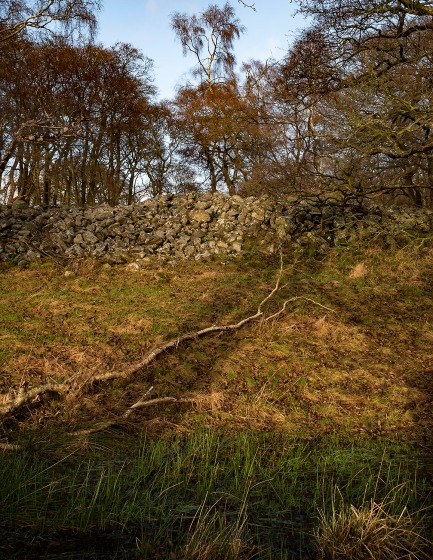 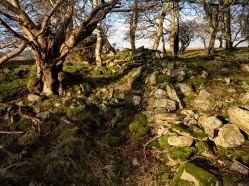 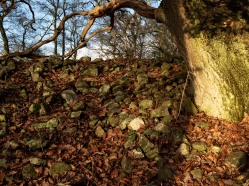 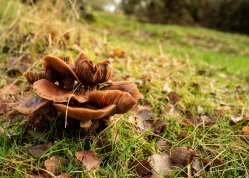 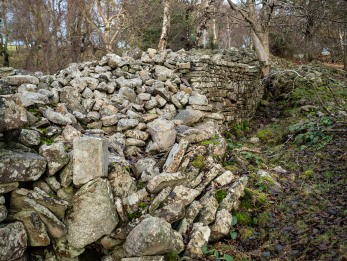 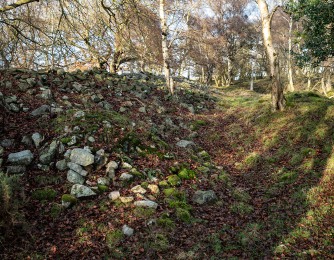 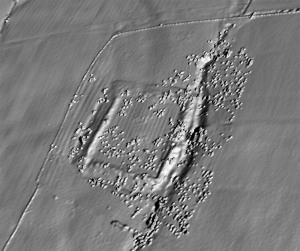 Map reproduced with the permission of the National Library of Scotland