I started the day with a walk around Penrith in search of coffee and hogbacks. 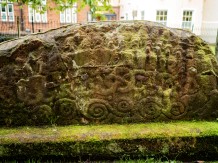 A monument in St Andrews churchyard known the the Giant’s Grave. Legend has it that it is the grave of a knight called Ewain Cæsarius, the four hogbacks are said to represent four wild boars that he killed in the forest of Inglewood. In reality the monument is comprised of four hogback stones and two ancient crosses. All of which have seen better days.

A Hogback is an Anglo- Scandinavian grave marker dating to between the 10th and 12th centuries. They are generally found in locations that were settled by the Danes.

I was keen to get moving so didn’t take the time to have a look around St Andrews church. I later learned that it was designed by Nicholas Hawksmoor, I will have to return.

The village is steeped in history, located on a Roman road and river crossing point, the route later became a major drove road between England and Scotland. The road was also a main route for invaders, marauders, reivers and moss troopers. 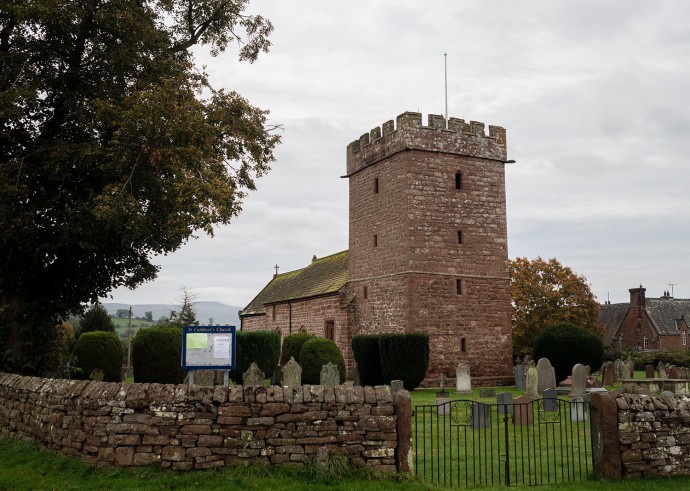 The local church founded in the 9th century is a wonderful illustration of the history of this part of the north of England.  The church is dedicated to Saint Cuthbert as this was one of the resting places for his body when monks removed it from Lindesfarne following the 9th century Viking conquest of the kingdom of Northumbria. 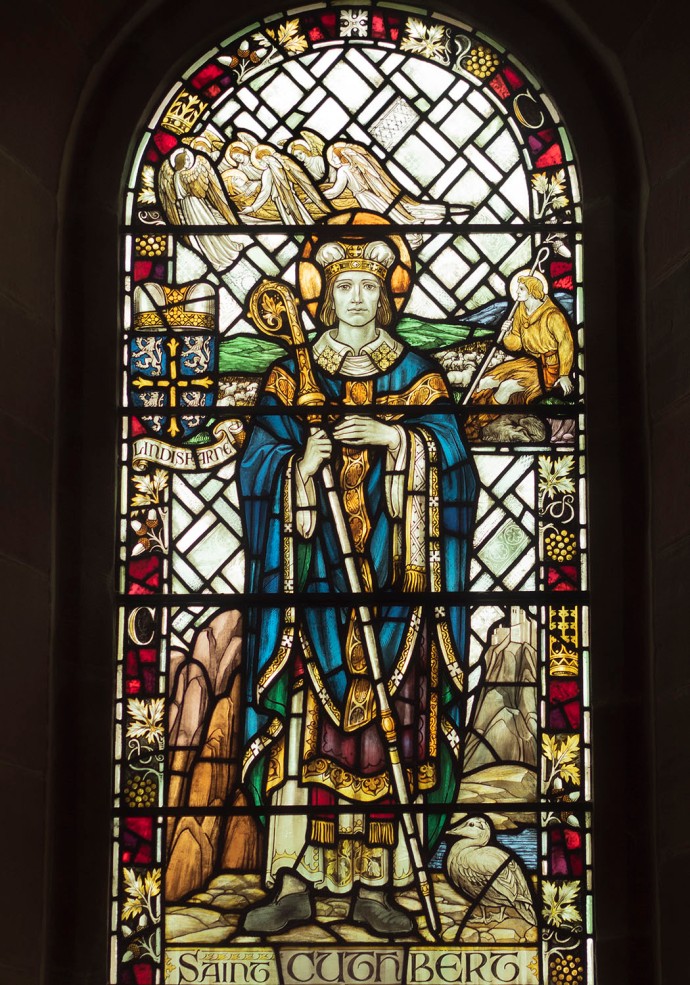 The church tower looks out of proportion with the rest of the church, this is because it was built in the 13th century as a defensive tower, a sanctuary from the invading Scots. The stone walls of the tower 6ft thick with thin window slits and a narrow iron entrance door. This style of building is known as a Pele.

Throughout the Middle Ages the North of England was a dangerous place. Following the Harrowing of the North by the Normans, Scottish raiding parties would regularly move down into England to steal cattle and goods and to take slaves. The 12th century Chronicler Simeon of Durham wrote Scarce a little house in Scotland was to be found without English slaves of one or other sex.

Aside from the regular raids by brigands from the north, between 1060 and 1745 there were at least 10 formal invasions by Scottish armies into England.

The 17th century armour mounted on the church walls bears witnessed to the areas turbulent past.

For me, the crowning glory of the church is the 11th Century Romanesque arch 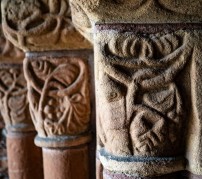 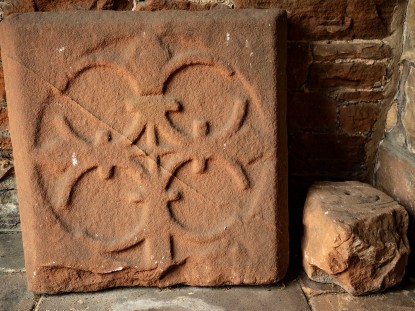 These 3 large boulders of red sandstone in the graveyard are a bit of a puzzle. I cannot find any references to them.

2 thoughts on “Into Eden – Great Salkeld”