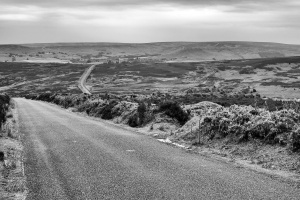 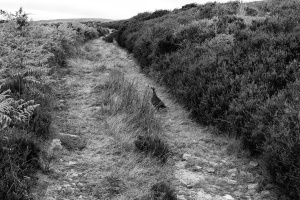 Heading west into Baysdale, the track helps keep the bracken at bay. 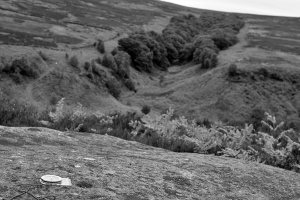 A large slab of rock sits buried in the bracken below the track. I have stopped here many times, it is a perfect place to sit and gaze across to the hidden valley of the Great Hograh Beck. 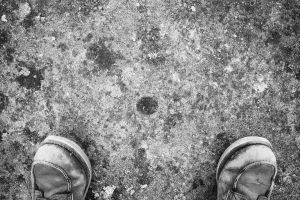 The slab has a single cup mark at its centre, it is difficult to say whether or not it is prehistoric in origin, there are also carved initials on the stone.  In the 1960s Rowland Close reported a prehistoric carved stone at the head of the Great Hograh Beck valley on Holiday Hill. 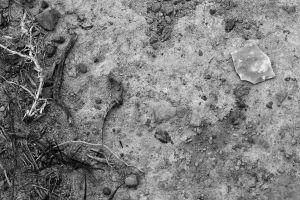 On returning to the path I find a single grey flint. 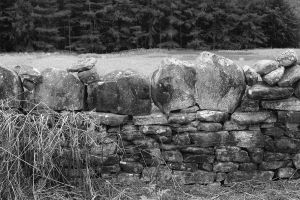 The repairs of the field walls echo the prehistoric walling of the surrounding moor tops. 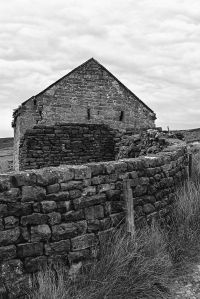 The fields have been abandoned, the farmhouse and barn derelict. 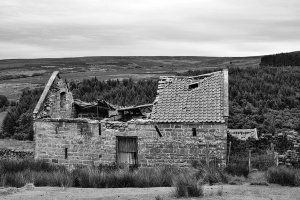 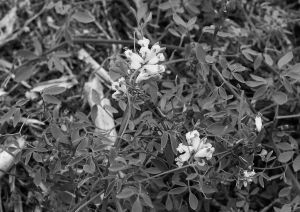 The hillside sheep scrapes are filled with tiny yellow flowers, my friend Barry has identified them as climbing corydalis (Ceratocapnos clavicular). 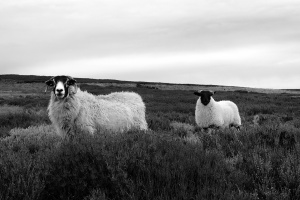 On the moor top I stop for a chat with the keeper. He tells me that he has just returned from a week in Ibiza with the lads. 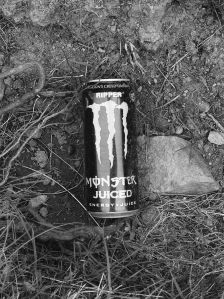 Ekwall does not mention Hograh, perhaps his definition below gives a clue to the etymology.

An alternative etymology by Margaret Gelling

hangra OE ‘sloping wood’. This term is well evidenced in the boundary surveys of charters but is not otherwise recorded in OE. It is usually translated ‘wood on a steep slope’, which is the sense in which hanger is recorded in the 18th century..

Place-Names in the Landscape. Margaret Gelling. 1984