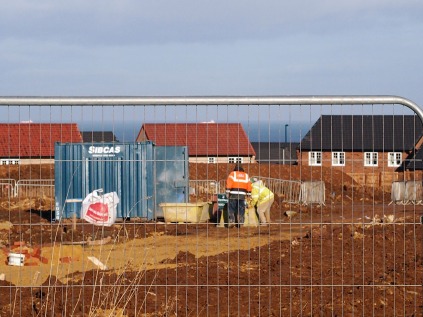 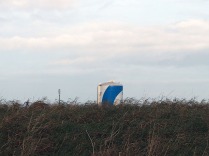 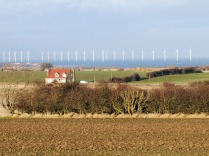 The edgelands are slowly dissolving 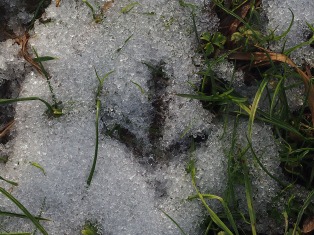 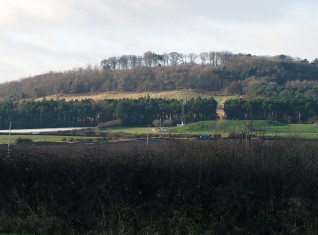 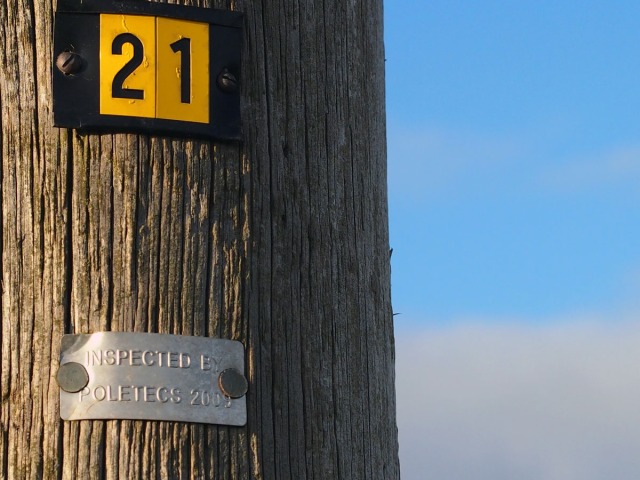 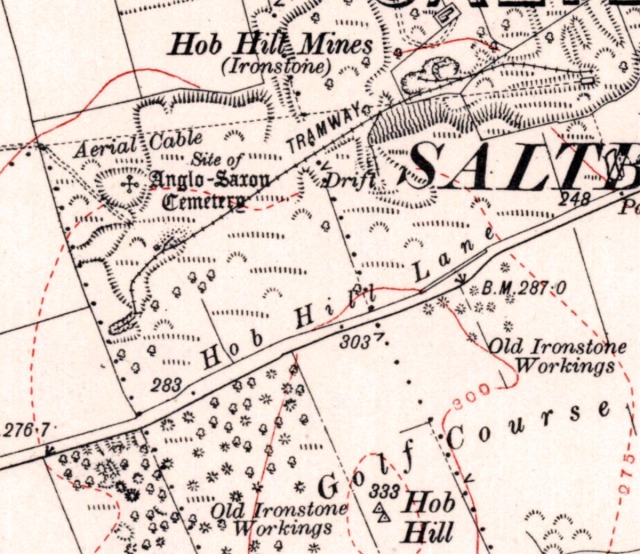 Were the Hobs driven out by the ironstone miners or do they survive in the abandoned galleries beneath the Anglian burial ground? 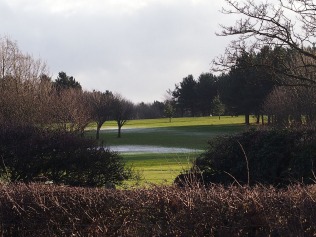 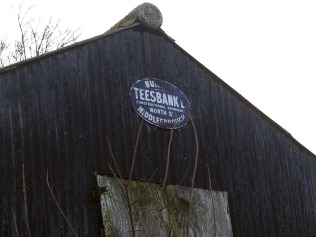 When it snows, the children of Saltburn invade the golf course to sledge the banks. The greenkeepers don’t like the snow. 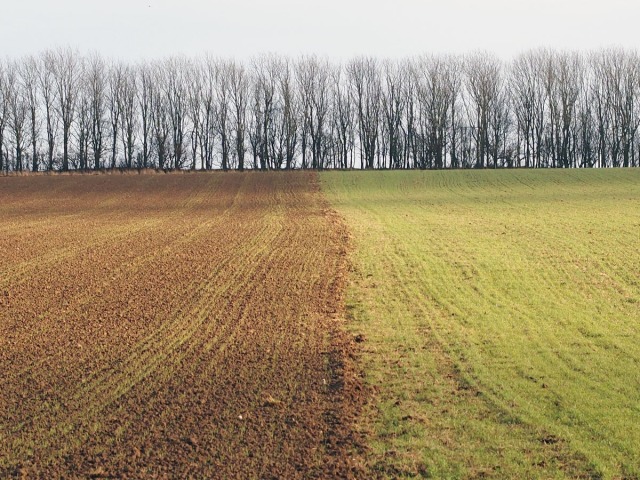 The path ends at the road, the road has no pavement, we are forced to walk in the gutters. 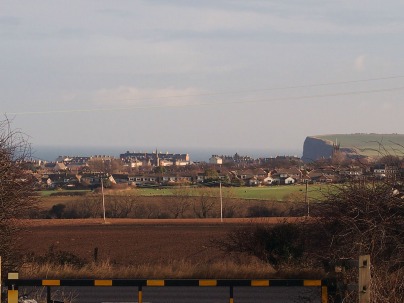 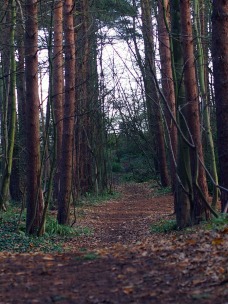 An aerial ropeway once spanned the low valley. 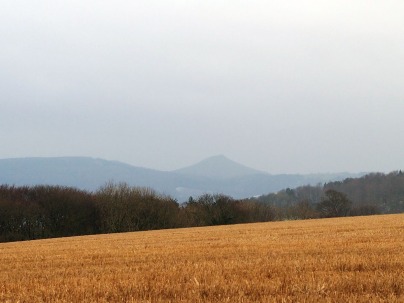 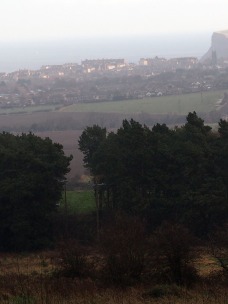 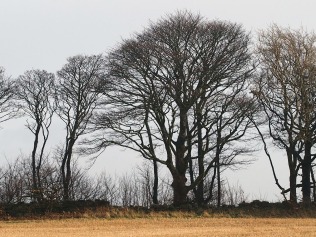 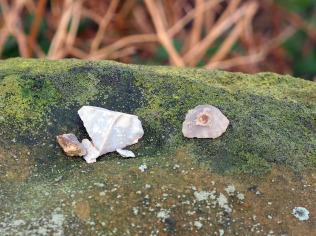 I collect a few flint fragments from the field margin including a small worked tool. 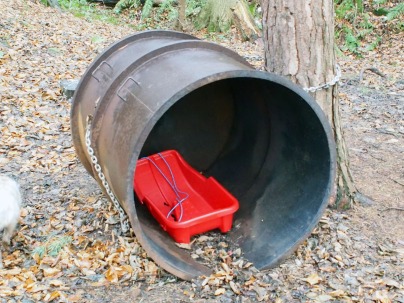 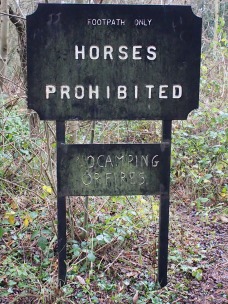 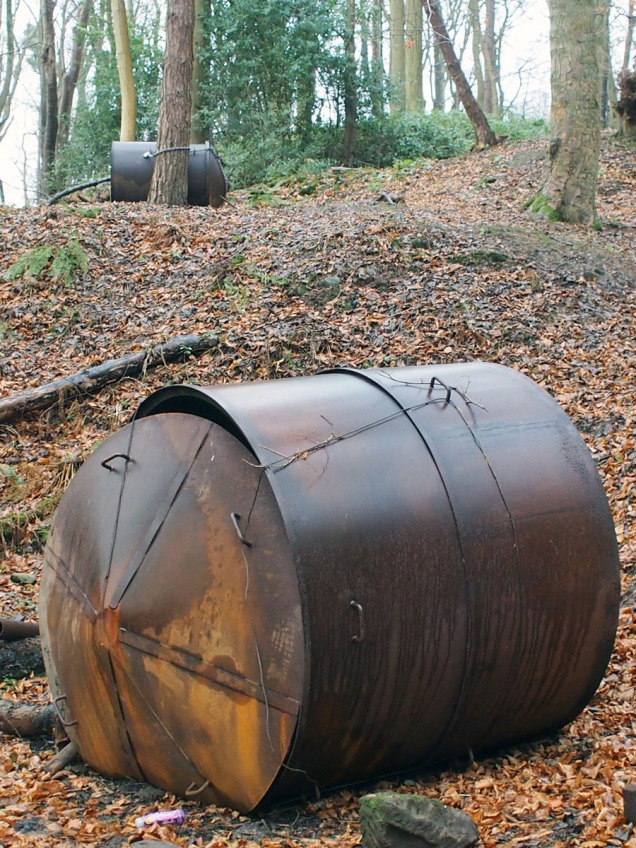 The terrier and I explore the woods and sandstone quarry. We disturb some deer, the terrier’s eyesight is not so good, he decides not to give chase. A pair of charcoal kilns lie in the quarry bottom waiting for spring to arrive 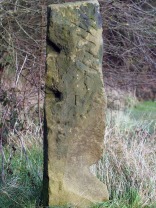 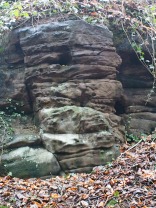 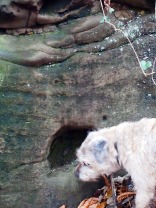 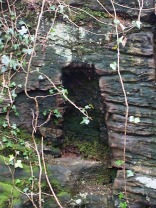 The quarry is much older than the ironstone workings futher down the slope. Sandstone from the quarry was used in local buildings and walls. The weathered quarry walls contain a number of niches. 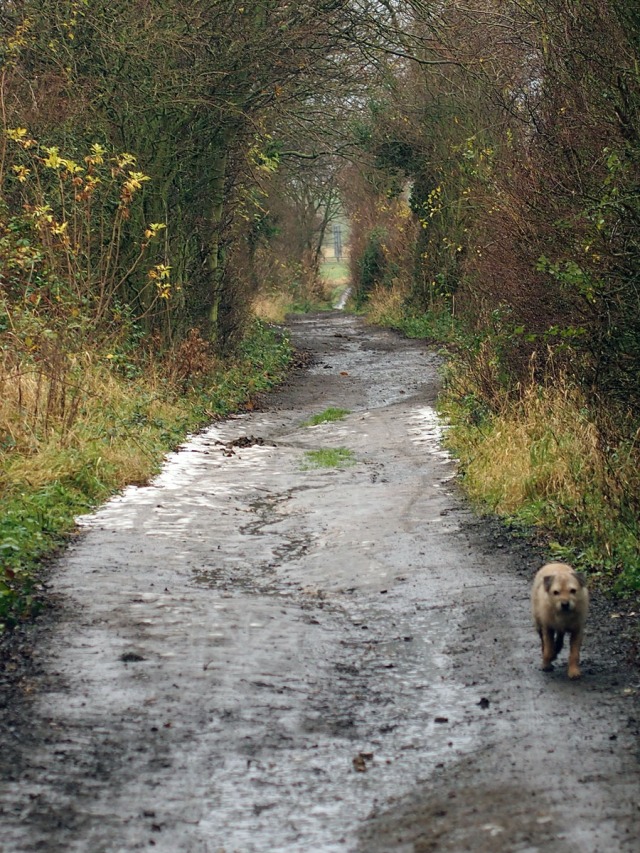 Wet through and cold we head home along Quarry Lane.